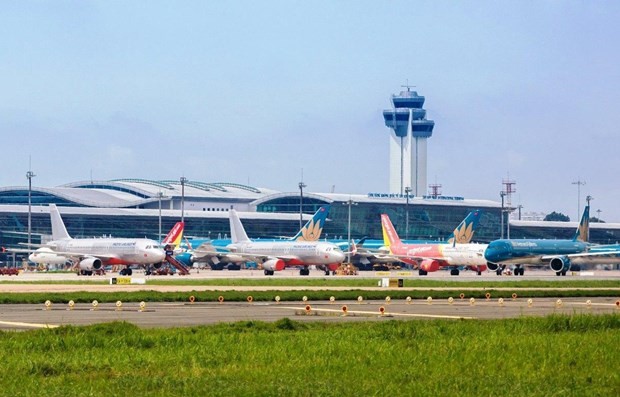 The Ministry of Transport has built plans on restoring domestic flights in the period from October 21 – November 30. (Photo: VNA)

Earlier, air and rail passengers have been required to meeting either one of the first two conditions along with a negative test result no later than 72 hours before departure.
The ministry said it has built plans on restoring domestic flights in the period from October 21 – November 30 based on the outcomes of the pilot resumption of domestic flights from October 10-17.

Per the plan, a maximum of six flights each way daily will be allowed on the routes connecting Hanoi – Ho Chi Minh City, Hanoi – Da Nang, and Da Nang – Ho Chi Minh City from October 21 – November 14, and the number will be raised to seven during November 15-30.

On other routes, the maximum will be four flights each way per day.

The frequency of flights by each airline on each route will be increase by one per day on November 1 and 15 if the average seat occupancy of all airlines on the route during the previous 7 days reached at least 75 percent.