According to Deputy Head of the Southern Region Hydro-Meteorological Station Office Mr. Le Dinh Quyet, the rainy season in the Southern region and Ho Chi Minh City usually starts during May 10-15. However, this year’s rainy season is forecast to come a little earlier than usual, falling at the end of April or the beginning of May.

From now to the end of June, the Southern provinces and cities will be likely to experience sunny daytime, milder mornings and rainy nighttime with temperatures ranging from 20 degrees Celsius to 24 degrees Celsius. 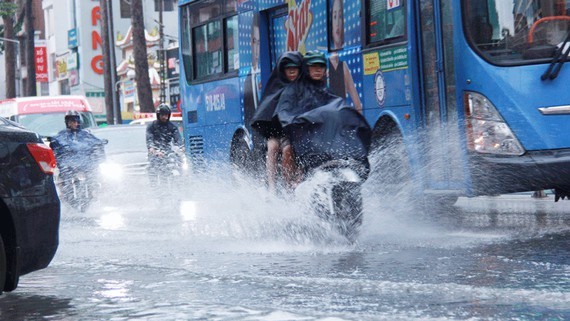 In recent days, sudden tropical downpours have made the not only climate of the Southern region and Ho Chi Minh City more comfortable than the prolonged hot days with average temperatures of about 38-39 degrees Celsius but also a significant decrease of the ultraviolet index in these areas at a read of below 10.
Tropical downpours are most abundant from May to October, so the Southern provinces and cities are recommended to proactively store enough freshwater volume to prevent saline intrusion, risks of bad harvest and drought.