The room occupancy reached 75 percent on average and the total revenue from the tourism sector in the city was expected to reach VND2,740 billion (US$117 million) during the four-day holiday.

Meanwhile, the Department of Tourism of Hanoi said that around 422,700 visitors paid visit to the capital city during the holiday, including 400,000 turns of domestic travelers and the rest ones being international visitors. The total revenue is expected to gain VND1,300 billion (US$56 million) during the holiday.

In addition, the room occupancy was calculated to reach around 40.5 percent on average, comprising 23.5 percent domestic visitors and around 17 percent international ones, mostly from Japan, China, the United Kingdom, the United States, Germany, the Republic of Korea, Finland and so on.

Tourism points in the Central region such as Hue, Da Nang, Hoi An lured more visitors than the pre-Covid-19 pandemic period. 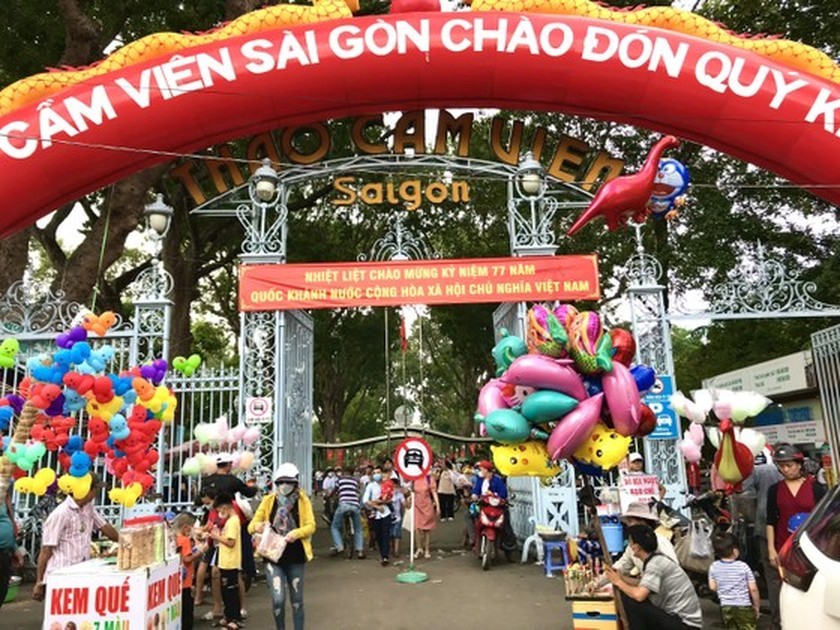 Saigon zoo in HCMC receives over 45,000 visitors on national holidays.

Accordingly, around 15,000 to 20,000 turns of visitors moved to Hoi An everyday during the National Day holiday, mostly from the Republic of Korea and Japan. Besides, the Department of Tourism of Da Nang City said that the number of visitors to the city during the four-day off holiday increased by around 58 percent over the same period in 2019.
Concerning to transport situation, people in the Mekong Delta region yesterday streamed back to Ho Chi Minh City and Southeastern provinces causing traffic congestion at the gateways in the region triggering the shutdown of the BOT toll station in Rach Mieu Bridge.