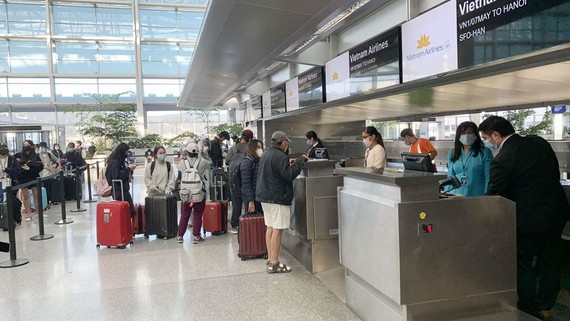 Currently, the airlines are allowed to exploit domestic flights, contributing to reducing the airfare in December.
As for Hanoi – Phu Quoc route, Vietjet Air offers VND372,000 (US$16.3) for a one-way ticket; meanwhile, Bamboo Airways and Vietnam Airlines sell one-way ticket for this route at VND750,000 (nearly US$33), including appropriate applied fees and taxes.

According to Vietnam Airlines, from December 2021, the national flag carrier will implement around 140 flights a day in 40 domestic routes. As for HCMC – Hanoi and vice versa, the airline will exploit five flights a day while Pacific Airlines shall perform two flights a day. It is expected that the airlines will perform an additional one flight a day after December 15.