The new services, including Vinh – Buon Ma Thuot city (Dak Lak province), Hanoi – Vinh and Ho Chi Minh City – Vinh will be operational with 7 flights per week; and the Vinh – Da Lat city (Lam Dong) route will be offered 4 flights per week on Tuesay, Thursday, Saturday on Sunday.
On the occasion, the carrier has launched a promotional program offering one-way ticket priced from VND149,000, excluding tax and fees.
Mr. Dang Tat Thang, General Director of Bamboo Airways, said Vinh Airport is one of the fastest-growing major airports in the country playing an important role in the socio-economic development strategy in the province and the North Central region. But it still lacks flights to main destinations, such as Hanoi, Da Nang, Buon Ma Thuot and Nha Trang. There is only 1-2 flights per day that can not meet the increasing travel demand.

The carrier also plans to open international routes from Vietnam to Thailand and Singapore in the coming time, he added.
Bamboo Airways Company of the property developer FLC Group was established in 2017. The airline offers direct flights to Vietnam’s popular destinations where FLC has built major tourist complexes, such as Quy Nhon, Quang Ninh, Hai Phong, Thanh Hoa, Phu Quoc and Nha Trang. The carrier received the Government’s approval of its operation licence on July 9, 2018.
Bamboo Airlines has also raised its chartered capital from VND600 billion to VND1.3 trillion (US$56.69 million), which is important for the airline to run a fleet of over 30 aircrafts.
In March, FLC signed a Memorandum of Understanding (MoU) with Airbus to purchase 24 A321Neo aircrafts worth US$3 billion for its planned Bamboo Airways operation. 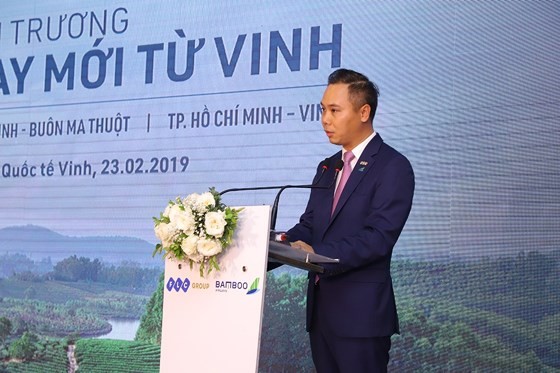 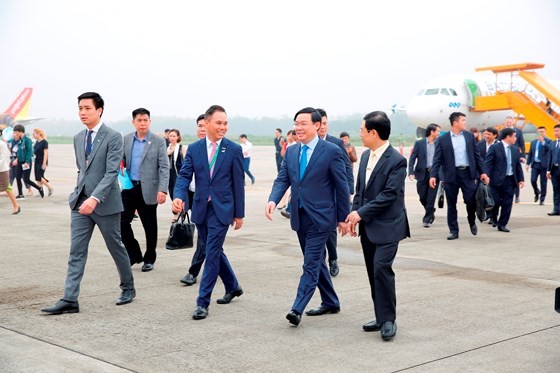 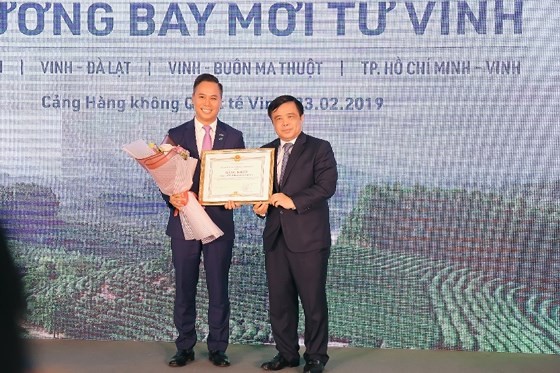 Deputy chairman of the People’s Committee of Nghe An province offers certificate of merit to the carrier’s representative.