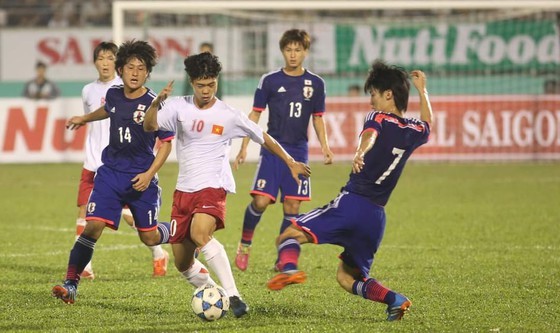 It is a fact that there are differences in terms of competition experiences and levels between the two football teams as almost all of the Japanese football players have had experiences at international competitions.
In advance of the match against the Vietnam national team tonight, the Japan team has likely braced for a huge psychological pressure to win a ticket through the World Cup Final 2022 amid the Saudi Arabia and Australia teams have led the group with 12 points and 6 points, respectively.

A victory for Japan in the match will not only make the psychological pressure of the players comfortable but also help them shorten the gap with other teams ahead.

However, if the Vietnam football players keep their composure in the defensive-counter attacking style of the team’s strategy during 90 minutes of competition, the Vietnam team can make a good result and even bring a draw game.

After arriving in the capital city of Hanoi on the night of November 9 for matches of AFC Asian Qualifiers, the group of 11 European teams and the host-country team had a match to get acquainted with the football field on November 10.