They are in the same group with reigning champions Japan, the Republic of Korea and Myanmar.

The tournament is scheduled to take place from January 20 to February 6, 2022 in India.

For the first time in history, the Women's Asian Cup is expanded from eight teams to twelve. After the group stage, top eight squads will advance to quarterfinals.

The tourney will serve as the continental qualification for the 2023 FIFA Women's World Cup in Australia and New Zealand. 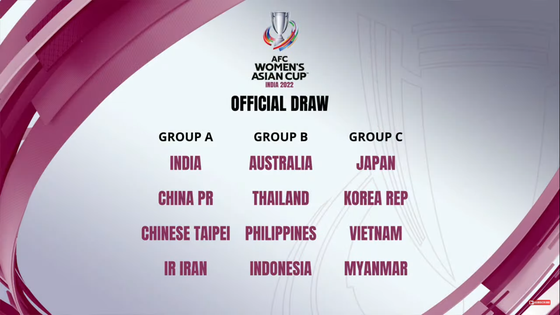 Australia have already qualified automatically as the co-host. Five teams will qualify directly for the World Cup via the knockout stage (including play-offs for fifth place) and two more teams will advance to the inter-confederation play-offs.

The Vietnamese team is currently placed 32nd on the FIFA ranking table.