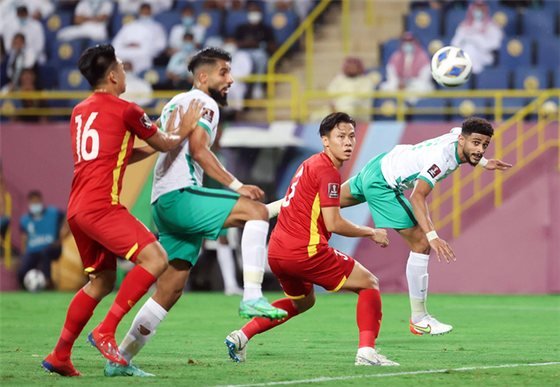 The defense of the Vietnam team could not keep its net clean in the past five matches. (Photo: AFC)
With the correlation of forces and the current performance, perhaps, Coach Park Hang-Seo and his players will continue to face many challenges in this match because the more the team from West Asia plays, the more stability and certainty they show in both the attack and defense. Coach Park Hang-Seo admitted that “Saudi Arabia is standing at the top of the table, and it will be extremely difficult for Vietnam. But the Vietnam team has performed well in the last stage, and hopefully, it will continue to perform well and get the very first points on the journey in the final qualifying round of the 2022 FIFA World Cup."

The goal of earning points actually is the move of Mr. Park to stimulate his players’ psychology before the match, because in general, the five matches in the first leg clearly have shown the gap of the current Vietnamese football with strong teams in Asia region. The Vietnam team is not strong enough to aim for the top of the table.

In this match, basically, the strongest starting line-ups of the Vietnam team remain unharmed. The last two absences due to injury, including goalkeeper Van Toan and defender Dinh Trong, do not affect the playing style of the team much. However, most worryingly, in the attack, the two strikers, Duc Chinh and Van Duc, have not yet regained good form, so the team's attack will also rely on Tien Linh and Cong Phuong, beside the "sniper” Quang Hai, who made the opening goal in the first leg, from far away. 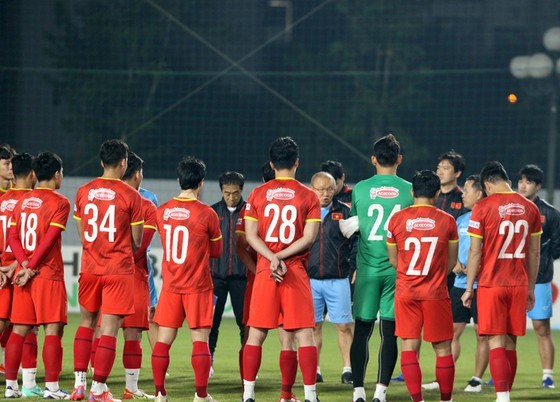 Coach Park Hang-Seo still sets a target of earning the first points in the match against Saudi Arabia.
As for the away team, it will be an emotional match for Coach Renard Herve on his return to Vietnam because he used to lead Nam Dinh Club attending the V-League seven years ago. His concern is that many pillar players of Saudi Arabia will be absent from this match. Firstly, goalkeeper Mohammed Al-Owais, defender Yasser Al-Shahrani, and midfielder Abdullah Otayf certainly cannot play because of injury. Meanwhile, the possibility of participating in the game of four other players is also left open. Of which, the performance of Mohammed Al-Khabrani, Abdullah Al-Hamdan, and Abdullah Madu is unstable, while substitute goalkeeper Balqassem Al-Qarni has also not reached 100 percent physical strength.

Nevertheless, the remaining players of Saudi Arabia are still strong enough to press the game in the match against the Vietnam team through its equality, especially since the team is in good form.

The match between Vietnam and Saudi Arabia will be aired on VTV5 at 7 p.m. on November 16.