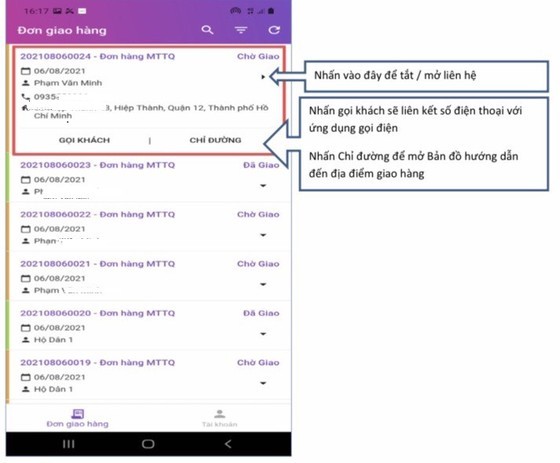 In order to ensure the transparency of this delivery process, the data are continuously compared, updated and monitored via the app SafeID Delivery, developed by Quang Trung Software City Development Company Limited (QTSC).

The support package this time, worth VND7,347 billion (approx. US$322 million), is planned to be sent to over 7.3 million poor people in HCMC, each receiving VND1 million ($44).

The list of eligible people for this third round will be approved by the People’s Committees of all districts and Thu Duc City. It will then be sent to QTSC to upload the app’s database before 11:00am of September 27.

Chairmen of the People’s Committees of 312 wards in HCMC have to prepare a list of 40 assigned officials each ward to perform this delivery duty and send to QTSC so that their corresponding accounts are created. These people will be instructed on how to install the app and what to do to update information after every package distribution.

Besides being responsible for establishing accounts for officials on duty at 312 wards, QTSC cooperates with the hotline 1022 to provide necessary direction or answer to the localities during the time running this app.

There are 5 specific groups to obtain financial support in the third round, consisting of poor households and people entitled to monthly social assistance; laborers losing their job or income during the social distance period; dependent people of the second group living in the same household; parents, spouse, and children of people receiving pension or support for a loss of working capacity or poor people participating in social insurance and still earning their August income; poor people living in boarding houses during the social distance period. All of them must still be in HCMC at present.