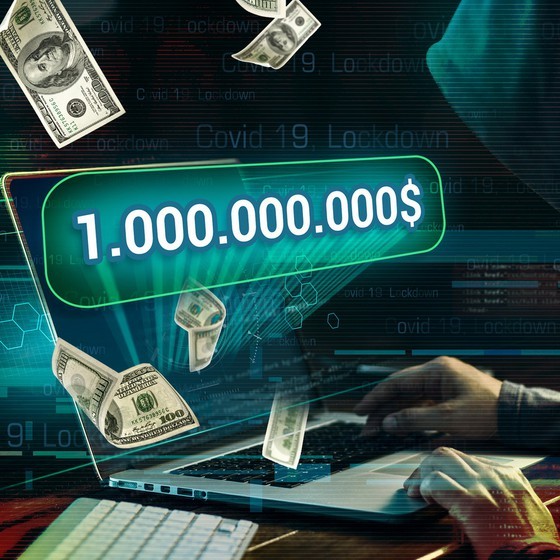 About 70.7 million computers were infected with viruses in 2021, which is a red alert for the cybersecurity in Vietnam. In recent years, Vietnam has always been one of the countries with the highest rate of malware infection and cyberattacks in the world.
According to Bkav’s Cybersecurity Summary report for 2021 and forecast for 2022, in 2021, Vietnamese computer users lost about VND24,400 billion ( roughly $1.06 billion) due to viruses. This is the result given from the network security assessment program for individual users conducted by Bkav in December 2021.
The number of Vietnamese computer and smartphone users increased dramatically due to the influence of Covid-19, which is an ideal environment for the virus to break out and spread rapidly.
Bkav experts said that computer users in Vietnam have still used non-copyrighted software, which is not regularly updated, leading to a computer that is not protected continuously, this needs to be changed immediately.
Only about 10 percent of computers in the Southeast  Asian country are protected by up-to-date antivirus software with support from the manufacturer whereas most of the computer users have been using public domain software.
Each infected computer is another source of virus infection, said Vu Ngoc Son, Bkav's Vice President in charge of Anti-Malware. Bkav recommends that users should immediately equip anti-virus software capable of automatically updating their computers.
2021 is a tumultuous year for cryptocurrencies and businesses related to digital currencies, the capitalization of digital currencies has surpassed the threshold of $1 trillion. This leads to a sharp increase in the number of data encryption attacks that demand ransom in coins. 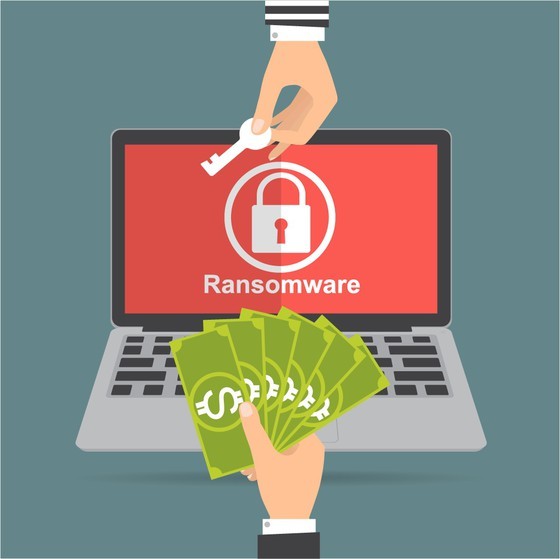 A series of attacks took place with the amount to millions of dollars. Typically, the attack on oil pipeline supplier Colonial Pipeline, paralyzed the entire East Coast of the United States. The victim had to pay a ransom of nearly $5 million in digital currency. In May, the US branch of JBS Holdings in Brazil, the world's largest meat supplier by sales, was attacked and forced to pay a coin of up to $11 million.
In Vietnam, the number of computers attacked by data encryption viruses in 2021 will reach more than 2.5 million times, 4.5 times higher than in 2020.
Most Vietnamese users are still confused about how to respond when the computer is encrypted data. More than 99 percent of the participants of Bkav's 2021 Cybersecurity Assessment program choose to follow the payment instructions in the hope of getting their data back from the hacker. This way not only you can’t get your data back, but you also lose money unjustly; therefore, it is necessary to proactively defend, establish safety protection measures for data.
Vietnam has been hit by the coronavirus for two years; therefore, people have been getting familiar with online study, shopping, entertainment.
According to Bkav's network security assessment report, users' awareness of information security has been significantly improved. Users have been aware of scams in the form of attractive gifts such as calling to announce winning, insistent offers to buy to continue to receive the winning code, and sending a winning message via Facebook.
According to Bkav, in 2022, malicious attacks will still increase if users do not act early and drastically. The issue of ensuring security on IoT devices needs to be paid due attention when deploying on a large scale. Supply chain attacks continue to be a trend and will be an ideal target for hackers in the coming year.
It is estimated that by 2025, there will be about 75 billion IoT (Internet of Things) devices globally. Increasingly, the network of connections between IoT devices is becoming more and more widespread with a large number of different users, making security problems on these devices complicated. Each IoT device can become an attacking link or a way for hackers to infiltrate the systems of individuals and organizations.