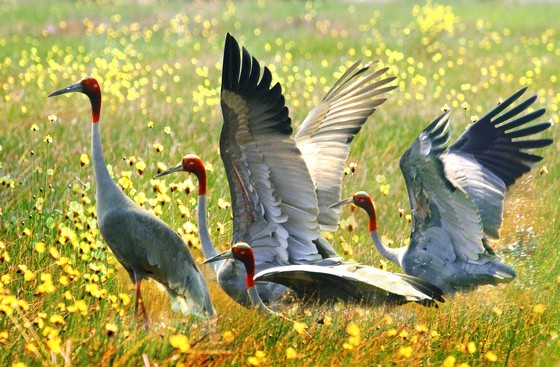 This year’s, Tram Chim National Park saw three red-headed cranes in the middle of April while around 30 cranes have returned to the Phu My Species and Habitat Conservation Area in Kien Giang Province.
Many rare and valuable birds are currently facing extinction due to the decrease in quality of the environment.
Red-headed crane is listed in the International Union for Conservation of Nature (IUCN) Red List of Threatened Species and Vietnam's Red Data Book. 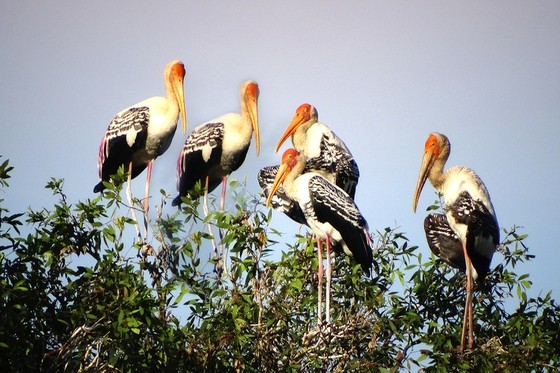 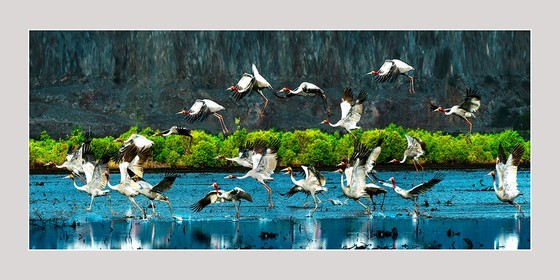 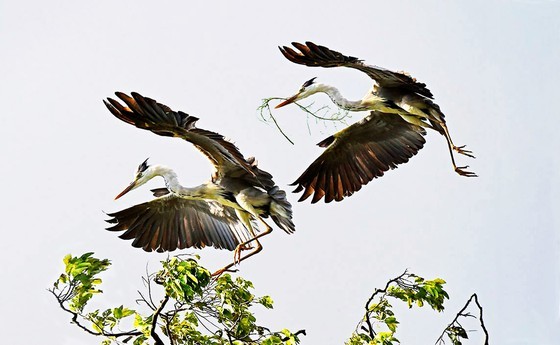 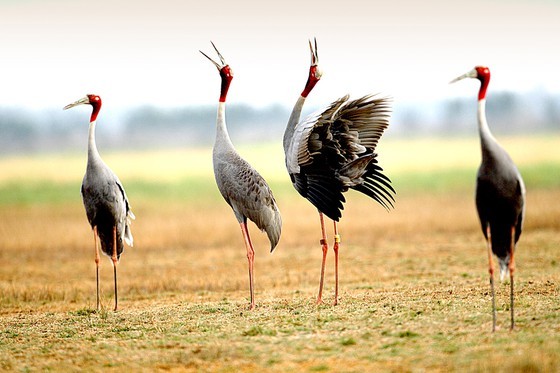 A crane (3rd, L) was placed a metal ring around its leg by the World Wildlife Fund to accurately measure migration and population. 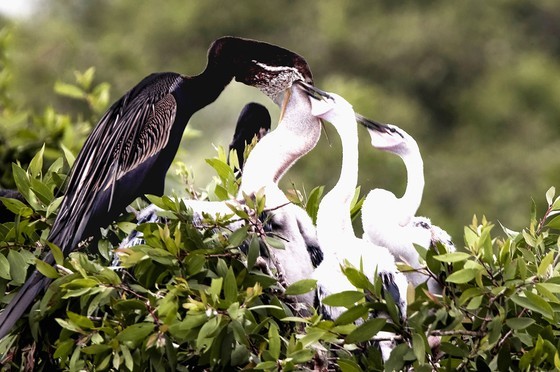 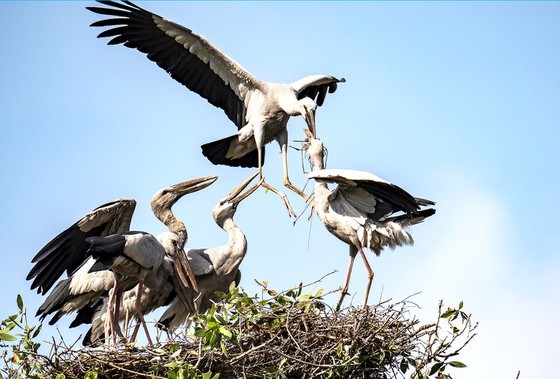