Thanks to the visit, both sides had a chance to exchange experiences related to the development and effective implementation promotion of high-level agreements between the two Parties and States this year and in the upcoming years.

This is the first overseas trip of Thongloun Sisoulith as the General Secretary of the Lao People’s Revolutionary Party Central Committee and President of Laos in his five-year working term of 2021-2026.

This morning, General Secretary Nguyen Phu Trong received his counterpart, and after that the two countries' leaders chaired a conference and witnessed a signing ceremony of cooperation agreements.

These are photos featuring the welcoming ceremony to General Secretary, President of Laos Thongloun Sisoulith and high-ranking leaders of Laos: 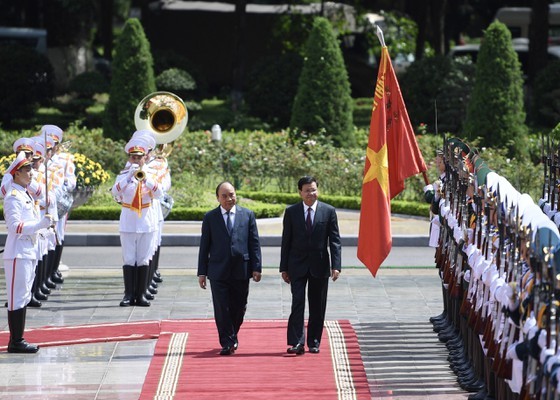 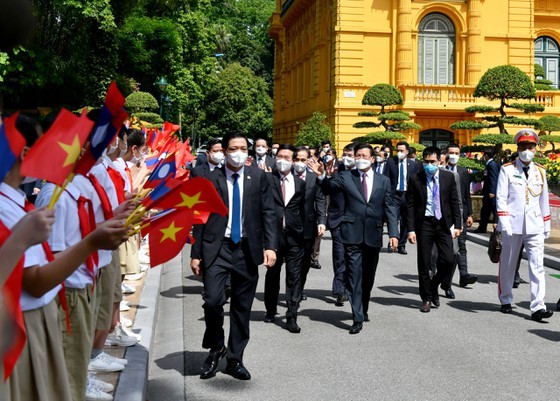 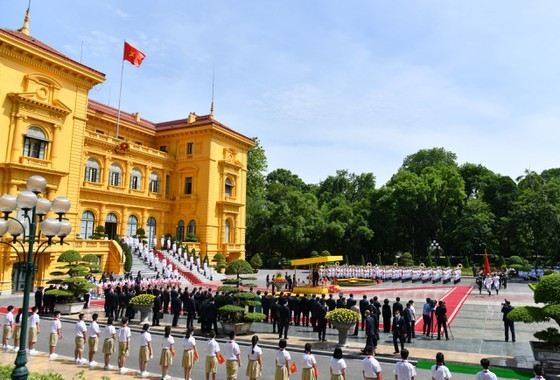 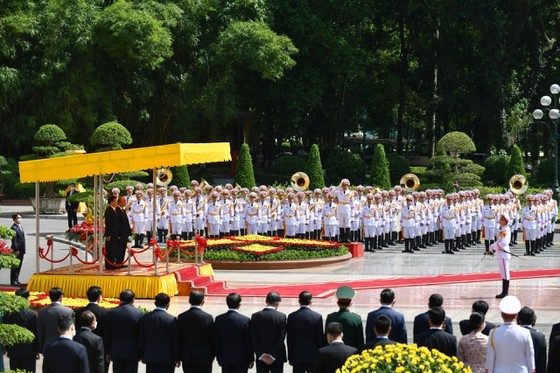 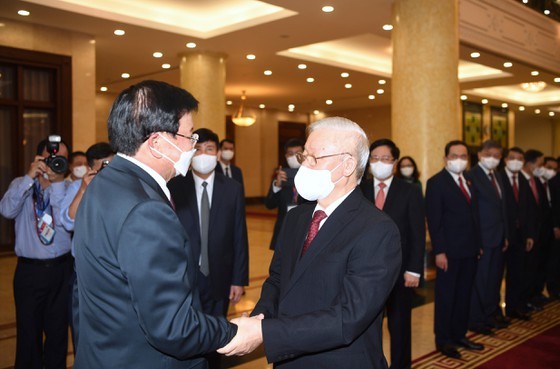 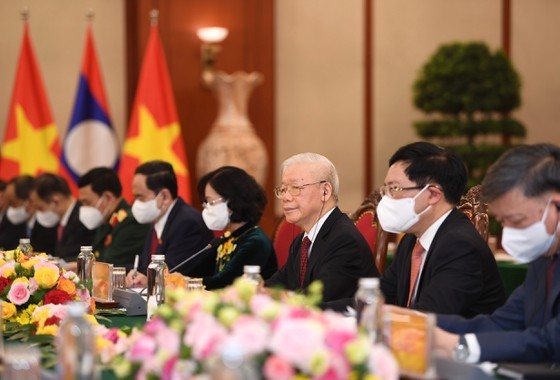 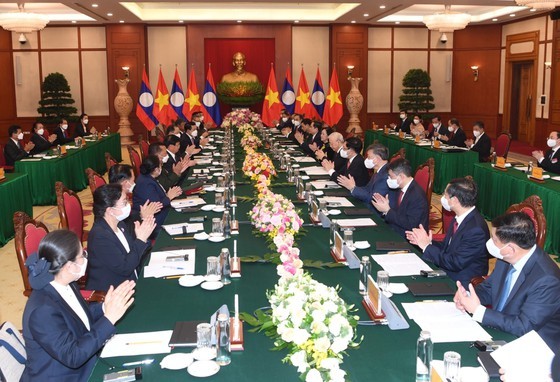 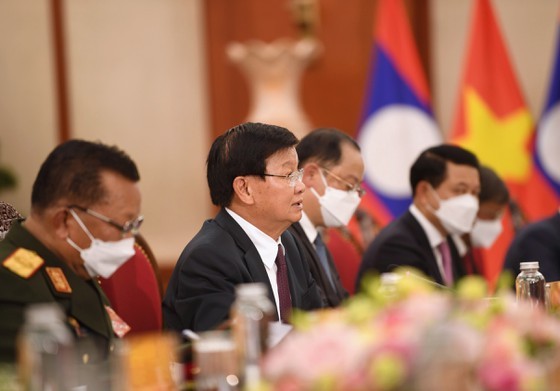