It is expected to downgrade to a tropical depression as moving over the land. 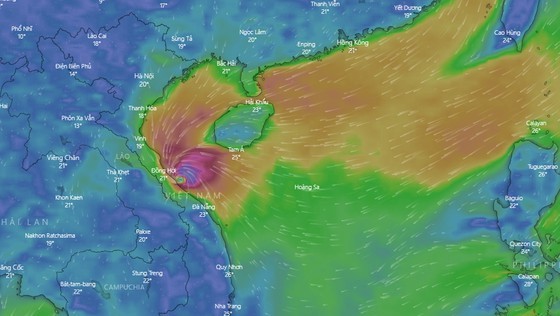 Within the next 12- 24 hours, the system will travel west northwest with its maximum winds measured at 20 kilometers an hour and gradually weaken into a tropical low pressure system in Thailand.
Gale-force winds together torrential rains, big waves, high tide and rough sea are warned for the coastal provinces from Ha Tinh to Da Nang including Con Co Island District, the Gulf of Tonkin including Bach Long Vi Island District.

The coastal lines from Thanh Hoa to Da Nang will be probably in risk of rising water, notably flooding in low-lying areas, river mouths and dams in Quang Binh, Quang Tri, Thua Thien-Hue and Da Nang.