Due to the influence of the tropical low pressure circulation, there are sustained winds of level 8-10 and heavy rainfalls of 100- 250 mm in the coastal provinces from Nghe An to Quang Tri including Thua Thien Hue.

The National Hydrology Meteorology Forecast Center provided a visible image of Podul as the eye of the tropical low pressure was located at mainland province of Quang Binh at 4am today with strong winds of 40-60 kilometers an hour.

During the next 12 hours, the low pressure system is expected to move westward at a maximum speed of 20 kilometers an hour.

By 4pm today, the dangerous zone is forecast to be near 17.7 degrees north latitude and 104.0 degrees east longitude at the Laos-Thailand border area. The strongest wind near the center is able to downgrade under level 6.

There have been violent winds of level 6-8, big waves of 2-3 meters and rough sea in the offshore provinces from Thanh Hoa to Quang Tri this early morning.

Because of an influence of the tropical depression, medium- heavy downpours with average rainfalls of 40-80 mm are warned in the Central region on August 30.

Heavy to heavy downpours are expected to hit the Northern provinces including Thanh Hoa, the Central Highlands and Southern provinces and cities with average rainfalls of 50- 200 mm until September 2.
The National Hydrology Meteorology Forecast Center provided visible images of Podul: 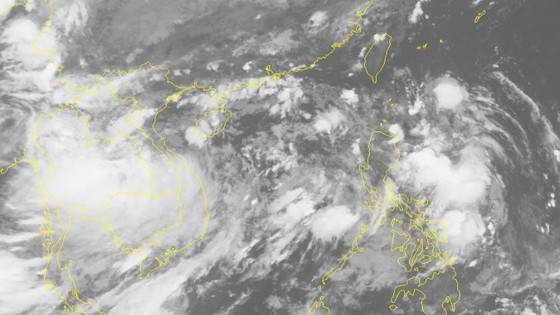 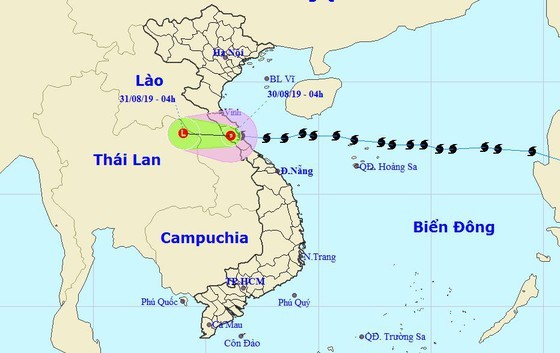