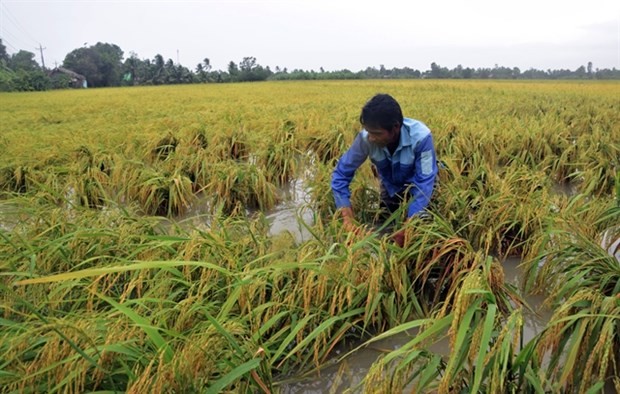 La Nina has been causing high waves and strong winds in the last few weeks, he said.

Hydro-meteorological forecasts indicate that in the second half of this year there could be around 12 storms and tropical depressions over the East Sea, half of which could directly affect Vietnam, he said.

But the storm season would arrive later than normal, he said.

“The storms may be stronger and move in a more complicated pattern, and there may be an increase in rainstorms between October and mid-December.

“The probability of storms approaching and affecting the southern provinces is higher than normal.”

The center also forecast floods at the end of October due to higher than average rainfall.

According to the Central Steering Committee for Natural Disaster Prevention and Control, provinces also need to be ready for strong waves and high tides and resultant landslides.

With all these threats, provinces need to reinforce their sea dykes and other flood prevention infrastructure and other construction works, and closely monitor natural disasters to warn the public in time, it said.

Southern provinces and cities have been focusing on reinforcing their natural disaster prevention and control capabilities and raising public understanding.

According to Ca Mau province’s Steering Committee for Natural Disaster Prevention, Control and Search and Rescue, the province has been building and repairing its sea dyke, relocating people living in vulnerable areas, and growing mangroves.

The committee has sought upgrades to sea dykes and more funding and equipment for natural disaster prevention and control and for building two new oceanography stations for weather forecast.

Soc Trang province worked with UNICEF to organize a week-long event for students in May to increase their awareness of natural disasters and teach them basic skills and knowledge for staying safe in dangerous weather through educational activities and contests.