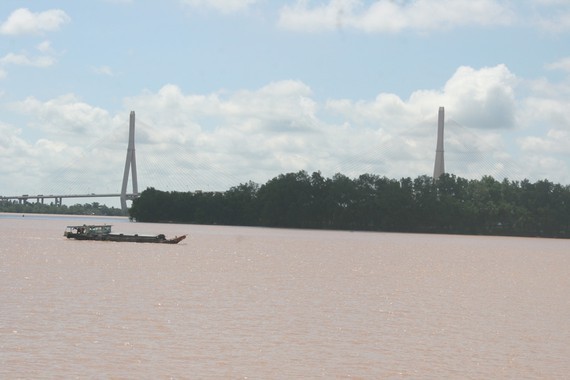 Currentlly, the water level at Kratie station in Cambodia reaches 8.7 meters, 0.5 meter higher than the water level at the end of April, 0.25 to 2.12 meter higher than the same period in the last four dry seasons. The water volume at Bien Ho Lake (Gia Lai Province) is about 1.94 billion cubic meters, 0.11 billion - 0.78 billion cubic meter higher than during the last four dry seasons.
Meanwhile,  the Mekong Delta experienced rain spells with an average rainfall of about 60-80mm, even over 140mm in some places during last week.

It is forecast that the Mekong Delta localities will continue to face moderate rainfalls of about 30-40mm. La Nina's climate pattern is forecast to last through May.