The heatwave is due to the southern edge of a low-pressure trough connecting with a hot low-pressure zone from the westward.

From tomorrow, the soaring temperature of up to 38 degrees Celsius and humidity of 45-60 percent are likely to hit the Northern region and provinces from Thanh Hoa to Phu Yen on the large scale from 12 a.m. to 5 p.m. Amidst the warnings above, local people need to raise awareness for forest fire risk under the prolonged heatwave.

The heatwave is forecast to last until the beginning of June. 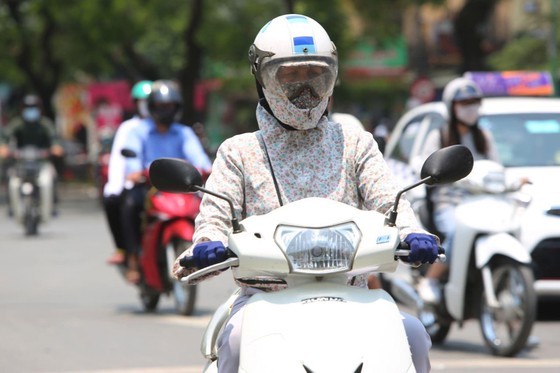 Following the National Center for Hydrology Meteorology's Forecast, the territorial waters from Ca Mau to Kien Giang and the Gulf of Thailand are forecast to suffer from thundery showers along with risks of whirlwinds and cyclones under an impact of the southwest monsoon.