According to the National Hydrology Meteorology Forecast Center, the cold air mass largely triggered strong operation of the northeast monsoon in the Gulf of Tonkin and the northern East Sea. 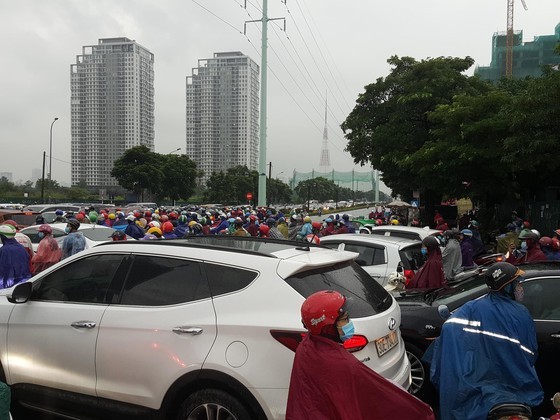 Cold front has triggered rain in Hanoi
Due to an influence of the ongoing cold wave along with upper-east wind convergence, the most parts of the Northern region including the Red River Delta, mountainous and coastal regions will experience showers and chilling climate in the early mornings and at nighttime.
As of this morning, temperature in the capital city of Hanoi dropped down to 19 degrees Celsius while average temperature in Sa Pa (Lao Cai Province) reached between 11 and 12 degrees Celsius.

Nighttime climate in Ho Chi Minh City and the Southern region is forecast to become cooler than previous days.
In addition, the National Hydro Meteorological Forecasting Center said that at 7AM, a tropical depression has developed in the waters about 550 kilometers far from the shore of the central- Philippines.  In the next 72 hours, it is expected to move west- northwestward at a maximum speed of 25 kilometers, enter the East Sea and intensify into a new storm.

By 7AM on Wednesday, the eye of storm is able to be at 770 kilometers far from east- southeastward of the Paracel Islands with the sustained winds of level 8-10.