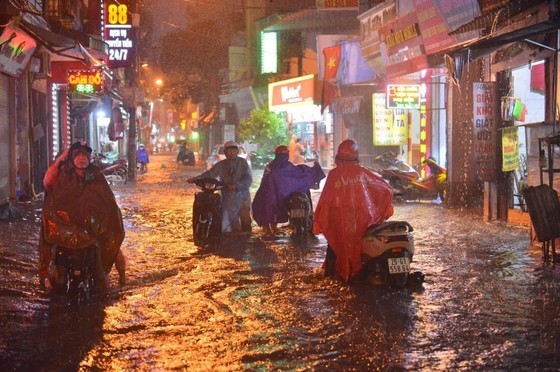 According to the National Center for Hydrology Meteorology Forecasting, La Nina is a weather pattern with more tropical low-pressure systems and storms.
The ENSO phenomenon is favored to continue from now to January of 2023, with a 50-60 percent chance for the continuation of La Nina.

Previously, the experts identified that La Nina typically lasts until September or October, after that it is likely to return to the neutral state.

According to Deputy Director of the National Center for Hydro-meteorological Forecasting Hoang Phuc Lam, La Nina and El Nino episodes ordinarily operate for around two years, but the La Nina episode has been maintained for three years showing that the weather is abnormal.

Amid the above-mentioned information, Vietnam’s hydro-meteorology agencies warned that it is important to prevent consultative storms in the last months of 2022.