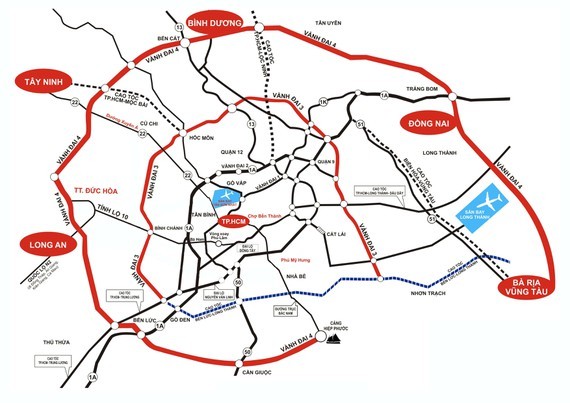 A map of Ring Road No.3 in HCMC
The investment policy of the 76.3- kilometer Ring Road 3 project in Ho Chi Minh City
The Ring Road No.3 project has a design of four-lane divided expressway and a maximum speed of 80 kilometers per hour. The project comprises eight component projects and two implementation phases of 2021-2025 and 2026-2030.

The preliminary land usage plan for the project is about 642 hectares along with a preliminary investment capital of VND75,378 billion (US$3.3 billion). Of this figure, VND61,056 billion (US$2.6 billion) will be dedicated for the period 2021-2025, and VND14,322 billion (US$621 million) for the second phase of 2026-2030. The investment source will be mobilized from the Central budget and local budgets of Ho Chi Minh City, provinces of Binh Duong, Dong Nai and Long An.

was considered and given comments by the Standing Committee of the National Assembly at a meeting this afternoon.
At the meeting, Chairman of the National Assembly Economic Committee Vu Hong Thanh agreed with the necessity of Ring Road No.3 project investment. However, the progress of revoking, compensation, support and resettlement of the project will depend on the direction and administration of local authorities at all levels.

Therefore, it is proposed that the Government should have drastic solutions to direct and administer to improve coordination between implementation agencies and have sanctions regarding the responsibility of local levels, to avoid affecting the project's progress. 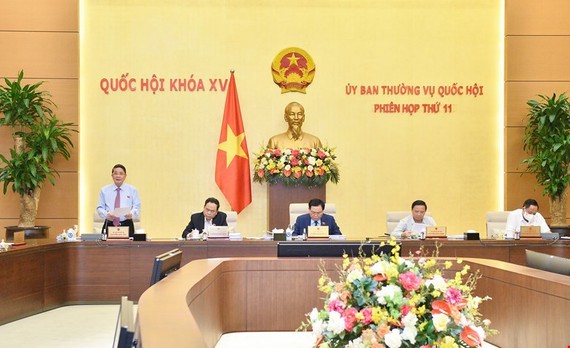 A meeting of the Standing Committee of the National Assembly about investment policy of the 76.3- kilometer Ring Road 3 project in Ho Chi Minh City and Ring Road No.4 project in the capital city of Hanoi this afternoon
The verification agency of the NA did not agree with the proposal to allow flexible use of the Central budget capital and local budget revenue to implement the project from 2021 through 2025 and the period 2026 - 2030 following the capital structure and project implementation progress. The National Assembly Economic Committee also showed concerns related to the proposal to allow the Government to issue bonds to loan localities for project investment in the period 2024 - 2025.
Chairman of the National Assembly Vuong Dinh Hue requires a clear explanation of the capital allocation plan following the project implementation progress as the preparation work has been already in mid 2022. He also asked to make clear whether the project would be feasible to basically complete in 2026 or not.

By SGGP –Translated by Huyen Huong