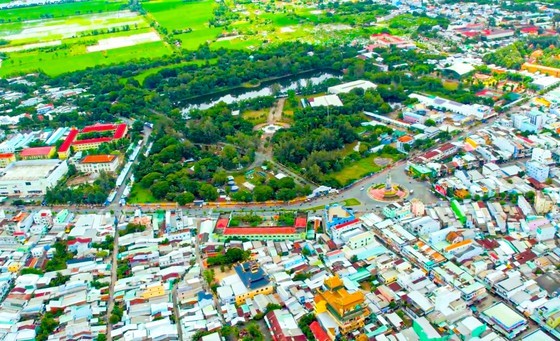 Sharing with Sai Gon Giai Phong (SGGP) Newspaper, Chairman of the Provincial People’s Committee of Soc Trang Tran Van Lau said that Soc Trang Province is processing procedures of revoking the freshwater lake new urban area project invested by the FLC group.
The project is located at a prime location in Soc Trang City center near the current freshwater lake cultural area. The People’s Committee of Soc Trang Province had issued a decision on approval of investor selection result from the beginning of 2020 and the State has basically invested in the infrastructure in the area.

The project has a total area of 47 hectares, including 14.64 hectares of a housing project with a total investment of nearly VND2,500 billion (US$107 million). The project aims at forming an urban area comprising parks, entertainment areas, housing projects, general trade services, sports and cultural centers, and other urban facilities.

However, since the investor won the bidding package, the contract to hire land has not been signed and investment procedures have not been implemented as regulated.