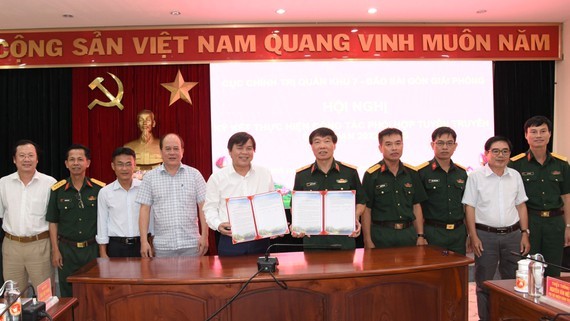 At the signing ceremony
Under the program, the SGGP Newspaper will open a special column on the armed forces, policies and activities of the military region on the online and print newspaper, and share the newspaper's experience in press activities with the Military Region 7’s editorial staff. 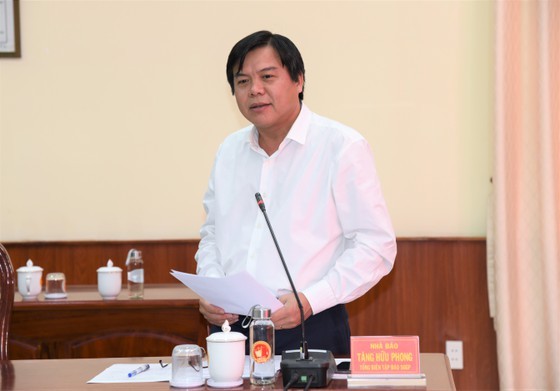 Editor-in-Chief of the SGGP Newspaper Tang Huu Phong speaks at the event. 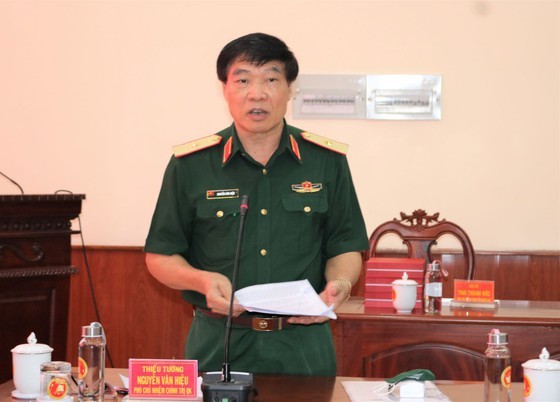 Secretary of the Party Committee of the Political Bureau of Military Region 7, Nguyen Van Hieu speaks at the meeting.