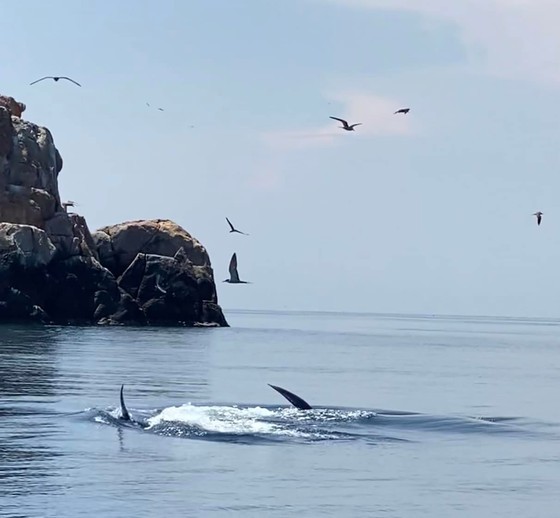 Blue whales are caught to find feed near coast (Photo: Do Thanh Toan)
Today, a 37-year-old man named Do Thanh Toan in Cat Khanh Commune in Phu Cat District confirmed that he had caught seven blue whales swimming in the waters of the De Gi beach.
According to Mr. Toan, the time he caught the whales was about 5-6 am today. At this time, the whales were swimming, opening their big mouths out of the sea...
He described that the small blue whales weigh about 1 to 2 tons each while the big ones weigh from 17 to 20 tons. They swam in the water for about two hours; sometimes earth's second-largest animal opened their mouths wide.
Previously, on July 26, while leading tourists to visit the extreme coastal areas of Vung Boi and Trau island, Mr. Toan discovered two blue whales which were finding their feed. According to him, it is possible that since then, the blue whales have stayed in this sea area to find feed and have not left.
According to local people, whales were rarely sighted along the coast of De Gi in recent years. Sea fishermen consider the appearance of whales as a very lucky thing. 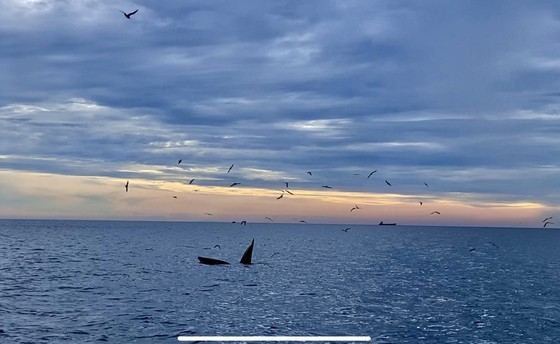 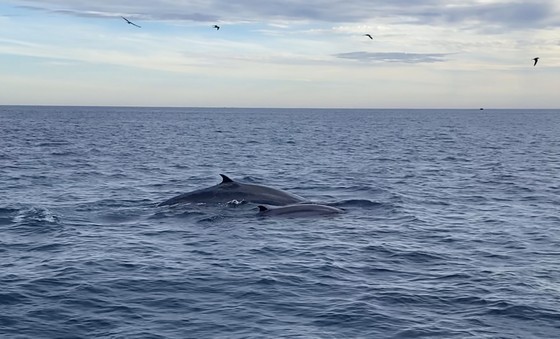