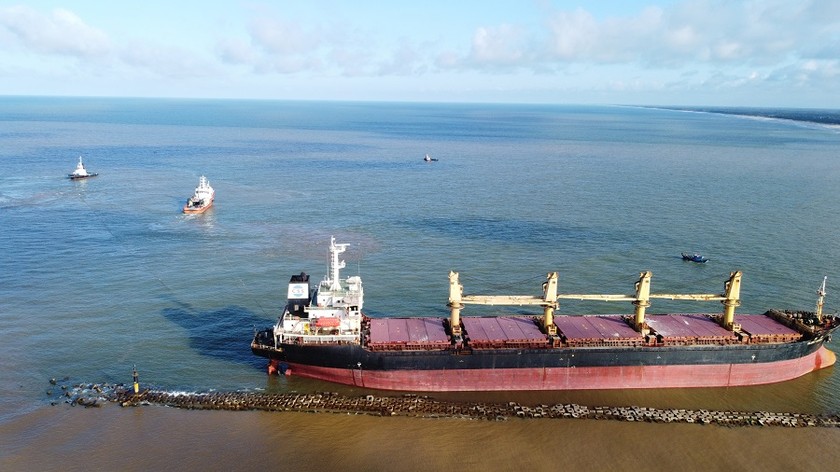 The Glory Future vessel is stranded in Quang Tri Province. (Photo: SGGP)
The provincial Department of Natural Resources and Environment has coordinated with the competent units and the People’s Committee of Gio Linh District to supervise the oil spill response and removal plan.

The Glory Future vessel is an oil product tanker conducted by Chinese captain Iwu Quojiang, 50 with 20 crew members, including eight Chinese sailors and 12 Vietnamese people. The cargo ship carrying 510 tons of oil was stranded at a sand dike in the south of the Cua Viet fairway on October 16.
On October 30, the Saigon Newport Corporation and the Central oil spill response center operated by the Song Thu Company under the Ministry of Defense jointed hands to move the vessel from out of the stranded site about eight kilometers off Cua Viet Port.