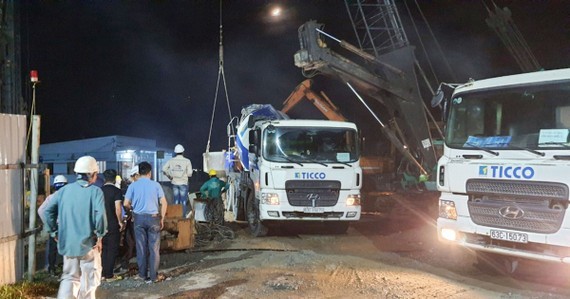 Mr. Lam Minh Thanh, Chairman of the People's Committee of Kien Giang Province, said that he has recently signed and promulgated a master plan for socio-economic infrastructure development, in which, the most important factor is traffic. “We have determined that it is essential to improve highway connectivity with An Giang, Can Tho, and Hau Giang. Specifically, the surface of the Lo Te - Rach Soi Expressway will be covered by hot asphalt concrete. The coastal road in the province, the Southern coastal corridor to Ca Mau, and the N1 road from Giang Thanh to An Giang will be upgraded”, Mr. Lam Minh Thanh said.

According to the People's Committee of An Giang Province, to meet the development needs and raise the position of the Mekong Delta region, including An Giang and the Long Xuyen Quadrangle, the Government has basically approved the investment in completing the system of highways, including Can Tho - Ca Mau, Chau Doc - Can Tho - Soc Trang - Tran De, and My An - Cao Lanh - Lo Te - Rach Gia, right in the 2021-2025 tenure.

To reduce traffic pressure on National Highway 1A, National Highway 50, N2, and HCMC - Trung Luong Expressway, strengthen trade connections between Mekong Delta provinces and HCMC, and at the same time expand development space to create a clean land fund to attract inter-regional investment, Long An Province has been mobilizing resources to invest in completing strategic transport infrastructure, including the dynamic route National Highway 50B (provincial road 827E), according to the road network planning in the 2021- 2030 period.

For Ben Tre Province, which has a relatively isolated location in the Mekong Delta region, the existing Rach Mieu Bridge has already been overloaded and has regularly seen congestion, so traffic is still limited. Therefore, Ben Tre Province started construction of the Rach Mieu 2 Bridge last March, with a scale of six lanes and a total investment of nearly VND5.2 trillion.

Moreover, Ben Tre and Vinh Long provinces have recently agreed on a plan to build Dinh Khao Bridge, with a total length of about 11.31km, starting at National Highway 53 in Long An Commune of Long Ho District in Vinh Long Province, crossing the Co Chien River, passing through Phu Da and Phu Binh islets in Cho Lach District in Ben Tre Province, and ending at the intersection with National Highway 57.

Mr. Tran Quoc Dung, General Director of Kien Hung Seafood Export Joint Stock Company, said that the logistics costs of provinces at the end of the Mekong Delta, such as Ca Mau and Kien Giang provinces, are fairly high. A 20-foot container from Kien Giang Province to the export ports in HCMC costs about VND8 million, which is about 15 percent higher than the transportation cost in other provinces/cities, such as Can Tho and Tien Giang. Therefore, if the investment in connecting highways throughout the Mekong Delta region is realized soon, it will not only reduce logistics costs for enterprises but also improve investment attraction in new projects and create on-the-spot jobs for thousands of workers. 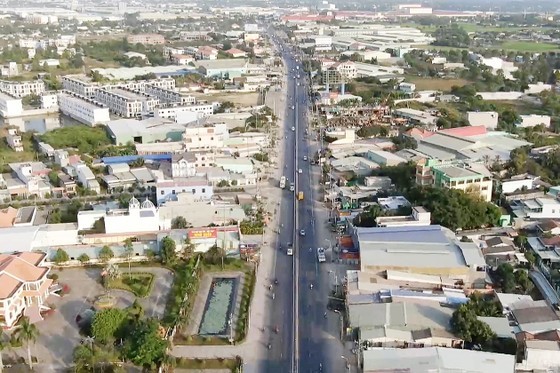 Long An will promote its advantage as a gateway connecting the Mekong Delta with the largest economic center in the country, HCMC. (Photo: SGGP)
Mr. Bui Ngoc Suong, former Chairman of the People's Committee of Kien Giang Province, analyzed that large cities in the Southeast region are overloaded by millions of migrant workers. Meanwhile, the provinces and cities in the Mekong Delta have had industrial zones and industrial clusters commensurate with the local potential. For example, Kien Giang, Ca Mau, An Giang, and Dong Thap provinces have already had industrial clusters for agro-fishery processing for export, not to mention construction material manufacturing, food processing, and rice milling. However, they have not attracted many investors yet.

“If the traffic is convenient and fast, enterprises will definitely pour capital into the Mekong Delta. Millions of workers will not have to work in other provinces as currently. At the same time, urban areas, such as Binh Duong, HCMC, Dong Nai, and Ba Ria-Vung Tau, will also be reduced the pressure of overcrowding of immigrants," said Mr. Bui Ngoc Suong.


According to the Foreign Investment Agency under the Ministry of Planning and Investment, the Mekong Delta has the lowest number of foreign investment projects across the country because of poor transport infrastructure, except for Long An Province because it is adjacent to HCMC. In the Mekong Delta provinces, there are 1,825 valid foreign investment projects, with a total registered investment capital of nearly US$33.5 billion, accounting for 8.4 percent of the total registered investment capital of the country and ranking fourth out of six regions in the country.