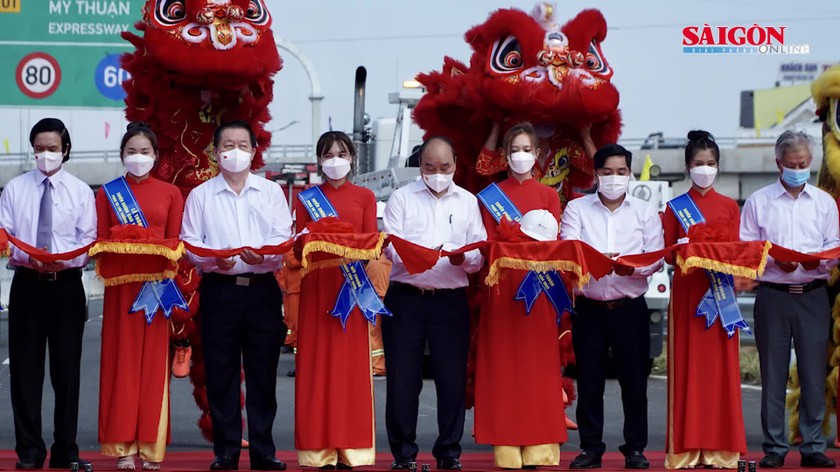 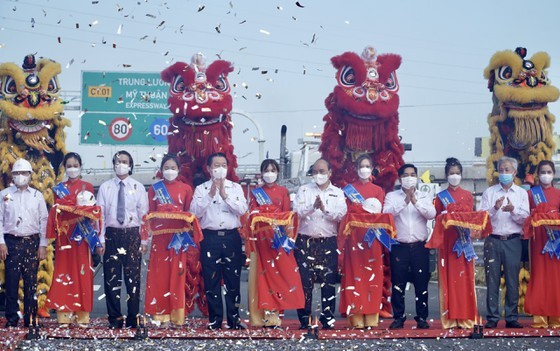 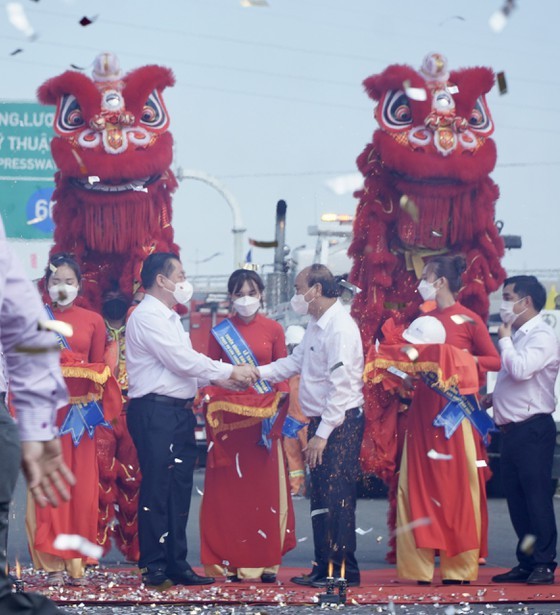 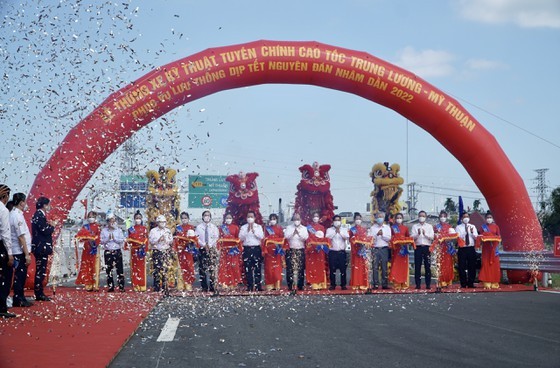 At the ceremony, President Nguyen Xuan Phuc said that the Trung Luong-My Thuan Expressway was an important traffic route of the Mekong Delta, which was a key granary of fruit, rice, and seafood of the country. “Today, we witness the traffic opening ceremony of this project, we also witness the continuous investment in development and the special attention of the Party and the State to the Mekong Delta region amid a prolonged difficult situation because of fighting and adapting to the Covid-19 pandemic," he said. 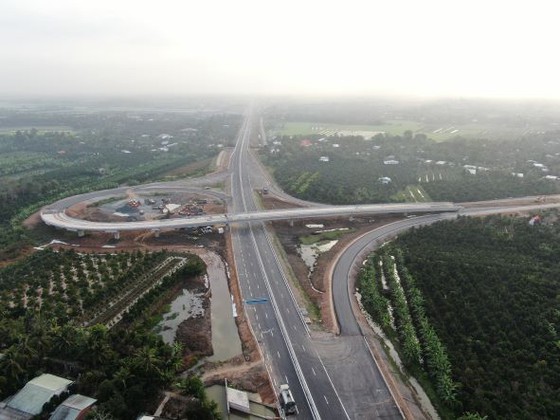 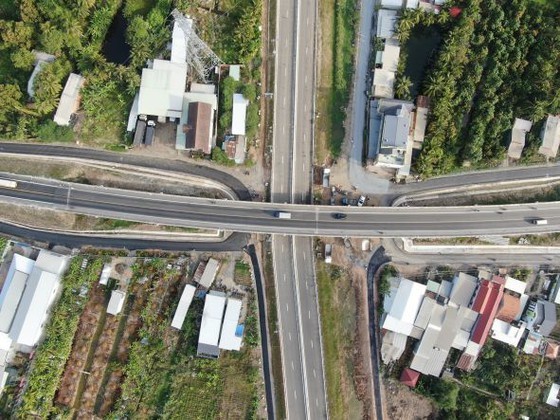 Many overpasses are built across the expressway. (Photo: SGGP) 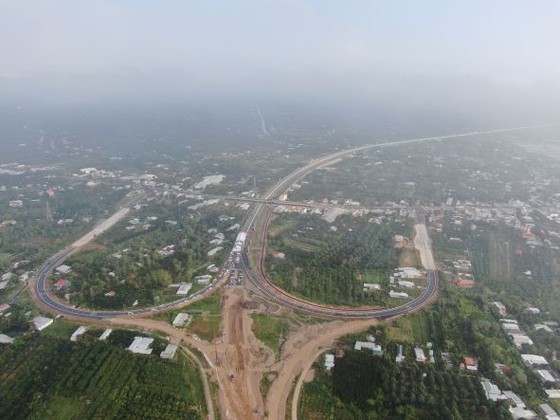 The Trung Luong - My Thuan Expressway from above. (Photo: SGGP)

The entrance to the expressway from the My Thuan end. (Photo: SGGP) 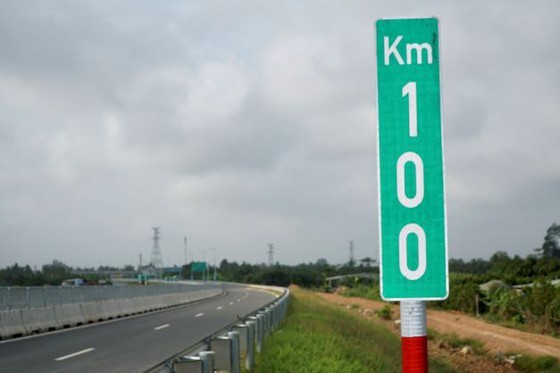 The road milestone showing the end from HCMC to the end of the Trung Luong - My Thuan Expressway. (Photo: SGGP)
The President said that the completion of the project and putting it into service for the people right before the Tet holiday had a significant meaning, not only helping to reduce traffic accidents but also contributing to socio-economic development.

President Nguyen Xuan Phuc requested the Government, specifically the Ministry of Transport, to organize the management, direction, and administration of the project, closely coordinating with ministries, sectors, and localities to ensure safety, quality, aesthetics, environment, and schedule of the project. 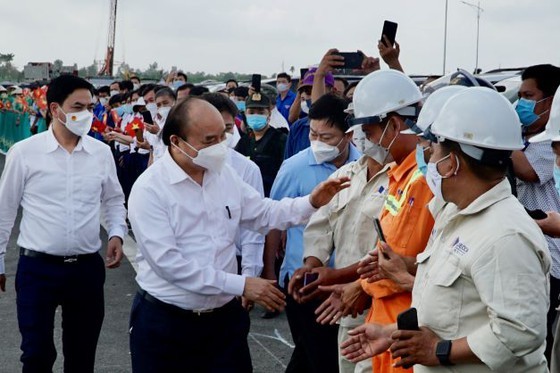 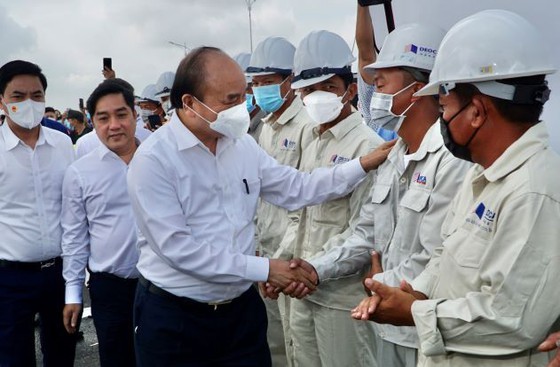