The festival’s opening ceremony, attracting thousands of visitors, featured performances by artists from across Vietnam and ASEAN member states such as Indonesia, Malaysia, the Philippines and Singapore.
The festival is annually held on the 18th day of the third lunar month to commemorate the national hero, Saint Quy Minh Dai Vuong, a general under the reign of the 18th Hung King. It is an occasion for locals to pay tribute to the ancestors and pray for peace, happiness and bumper crops.

This year, the Trang An Festival is underway alongside local celebration of the establishment of Dai Co Viet (Great Viet), the first centralised feudal state in Vietnam after 1,000 years of Chinese domination.

The Trang An Landscape Complex was recognised as the world’s mixed cultural and natural property, the first of its kind in Southeast Asia, by UNESCO.

In UNESCO's words, "Trang An is a resplendent complex of limestone karst peaks which are permeated with valleys, including submerged ones, and surrounded by steep, almost vertical cliffs," nestling on the southern shore of the Red River Delta.

Archaeological traces of human activity dating back thousands of years have been found within the complex.

The 12,250-hectare complex boasts several nationally recognised sites like the Trang An ecotourism site and Hoa Lu, Vietnam's capital in the 10th and 11th centuries. The area also has many temples, pagodas, paddy fields, villages and other sacred sites.

It is home to about 500 flora species, 73 species of birds and 41 species of other animals and has a diverse ecosystem. 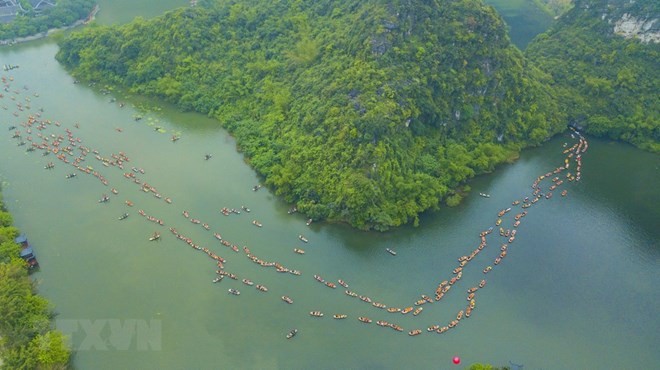 Hundreds of boats carry visitors on a tour around Trang An Landscape Complex in Ninh Binh on April 29, the opening day of Trang An Festival 2018. (Photo: VNA) 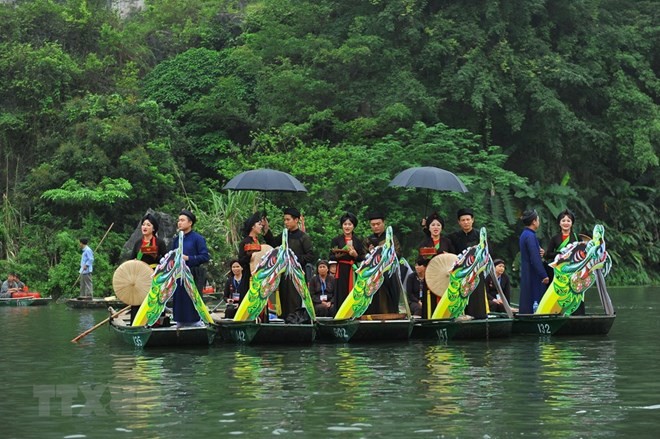 Dragon parade on river takes place during the Trang An Festival 2018. (Photo: VNA) 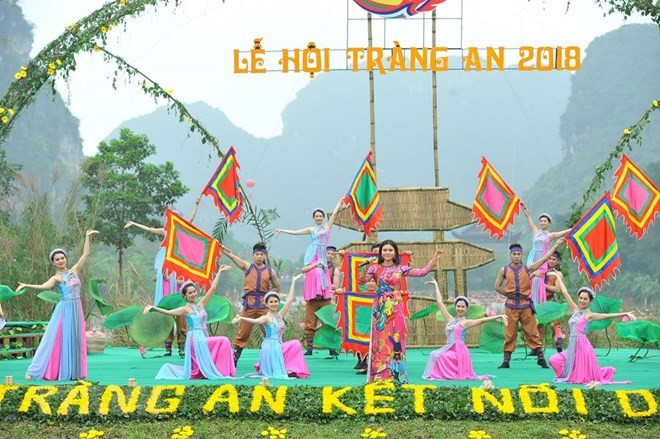 Music and dance performances at the opening ceremony of the Trang An Festival 2018. (Photo: VNA)