Amid the solemn atmosphere, the leaders paid tribute to great contributions of President Ho Chi Minh for the nation's revolutionary career.

After the visit, the delegation returned to the National Assembly House for the preparatory session for the opening ceremony of the 11th session of the 14th National Assembly in the capital city of Hanoi at 9 a.m. on the same day.

Some photos at President Ho Chi Minh's Mausoleum this morning. 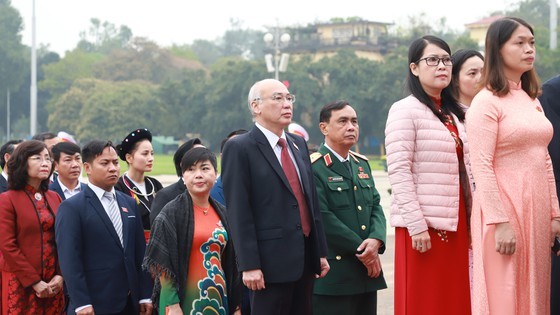 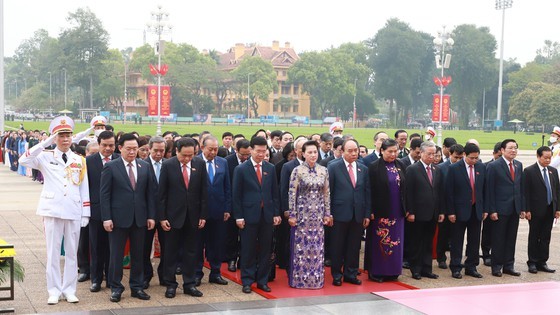