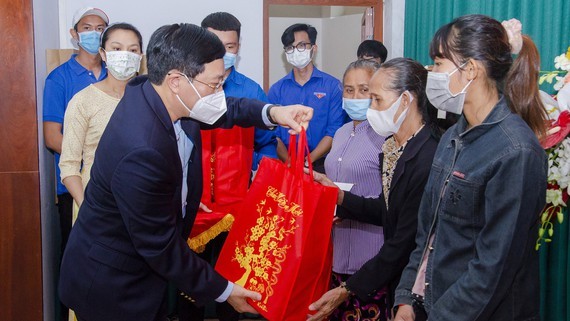 Politburo member Vo Van Thuong, Permanent member of the Party Central Committee's Secretariat (L)  presents Tet gifts to the poor in Quang Ngai Province.
Speaking at the event, the Permanent member of the Party Central Committee's Secretariat expressed his happiness at seeing the quality of people's lives that has been improved and new changes of the province’s Minh Long District along with the socioeconomic development of Quang Ngai. However, Minh Long is still one of the poor districts in the province in particular and in the country generally, he added. 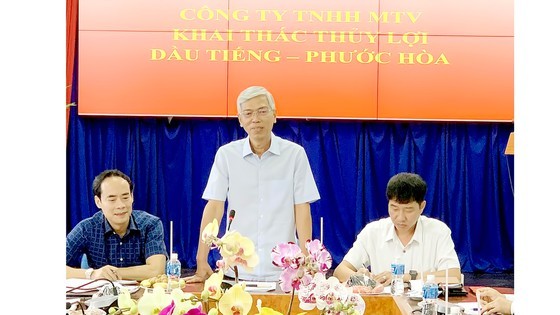