Children accessed the internet to study online during the Covid-19 fourth wave broke out. One day at the end of May, a parent in Ho Chi Minh City was shocked at knowing that a man threatened to share the “hot images” of her ninth-grade daughter online if the daughter didn’t satisfy his requirement. 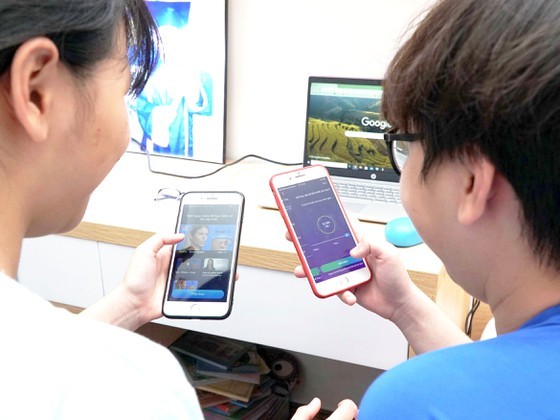 Since the country has implemented social distancing, the pretty daughter has surfed the internet and developed an acquaintance with many people over the Internet.
One of her acquaintances is a man who claimed to be a final-year university student. The young man called her "beautiful" saying love the girl. The man continuously asked the little girl to take pictures and send them to him. However, when the girl realized he is not a good man wanting to stop, the man threatened to post her previous photos online. Fortunately, her parents discovered and intervened, the young man disappeared.
At the height of nationwide lockdowns due to the Covid-19 pandemic, many children were affected by school closures; they had no choice but access to the internet. The United Nations Children’s Fund said that children spend more time on virtual platforms and smaller children started accessing to internet.
If the Internet is used properly, it can massively enhance people’s creativity in all areas of work and life around the world. However, using the internet also poses potential risks such as cyberbullying. The internet is linked to an increased risk of suicide and self-harm among vulnerable adolescents. Worse, the internet poses the risk of online sexual abuse like the above girl.
According to UNICEF, every child must be protected from violence, exploitation, and abuse on the internet. Vietnam’s first-ever national program on child protection online is assessed as a progressive move to pave the way for later legal issues for better protection of children.
A representative of the Association for Protection of Children's Rights in Ho Chi Minh City highly valued this program which required the coordination of many competent agencies. According to the association, the Ministry of Information and Communications has the accountability to intervene and handle promptly when bad information or violent acts appear on the internet.
The national program on child protection online emphasized the Ministry of Education and Training’s responsibility in providing digital training for children while the Ministry of Labor, Invalids and Social Affairs will establish consultation channels to offer children skills in using the internet. The website for children protection on the virtual environment at https://bvte.vncert.vn/ has been piloting.
The Department of Information and Communications in HCMC on May 27 decided to impose an administrative fine of VND15 million on the owner of the YouTube channel Timmy TV, forcing the owner to close the channel before May 28 because the channel has posted harmful video content on children.
According to UNICEF, 70 percent of young people globally were not aware of any helpline or service in case of cyberbullying. In the three first months of the year, the helpline 111 in Vietnam has received 77,920 phones including 2,476 calls about child abuse, psychological health consultations, and 280 calls asking for assistance on child sexual abuse, violence on children.