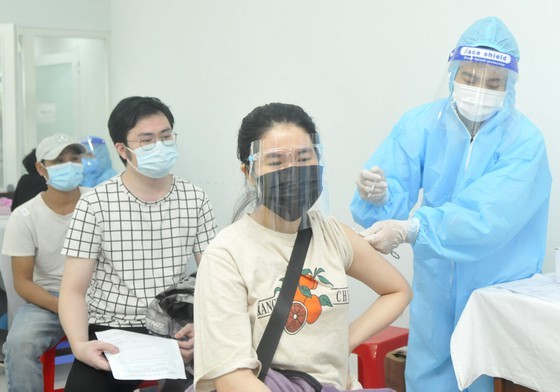 Medical facilities find it difficult to give year-end bonus to staff
In 2021, all doctors and nurses worked hard to fight the coronavirus; but paradoxically, their income was still low, even decreasing. Because hospitals operate under a financial autonomy mechanism, while during the fourth wave of Covid-19, very few patients have come for medical examination and treatment.
A leader of a general hospital in Ho Chi Minh City shared that this year, there will be no Tet bonus because according to the budget law, revenue will be deducted and if there is a surplus, there will be a Tet bonus.
However, the hospital will use some income reduction support funds for officials and employees as a Tet bonus fund, estimated at about VND5 million each.
Due to the epidemic impact, not only the medical sector but many other sectors also suffered heavy losses; therefore, the hospital managers expected doctors and nurses to sympathize, the leader said.
Dr. Tran Van Khanh, Director of Le Van Thinh Hospital, said the average Tet bonus in previous years of the hospital ranged from VND6 million -VND8 million a person. Surely this year's Tet bonus is not as good as last year.
In some hospitals in the northern provinces, although the Tet holidays ( the Lunar New Year) are coming near, many doctors and nurses are still away from home to support many localities in the fight against the epidemic.
Acting Chairman of the Management Board of Bach Mai Hospital Duong Duc Hung said that this year's Tet bonus has been reduced a lot, only a few million dongs per person at best. In addition, the hospital will also ensure full support doctors and nurses participating in the fight against the epidemic in localities.
The Central Hospital for Obstetrics and Gynecology said that although the revenue is only about 60 percent-70 percent of last year, employees will have a year-end bonus to enjoy the traditional holidays.
Director of the Hanoi-based Viet Duc Hospital Tran Binh Giang said that it is really difficult for the hospital because the revenue has decreased a lot, so the Tet bonus was not as much as that in last year.
Ms. Nguyen Thi Huynh Mai, Chief of the Office of the Department of Health of Ho Chi Minh City, said that the People's Committee of Ho Chi Minh City together with relevant departments and agencies are discussing the plan to give VND1.5 million each as Tet bonus for medical staff.
According to Director of the Ho Chi Minh City Department of Labor, Invalids and Social Affairs Le Minh Tan, in addition to VND1.5 million a person, the city will also implement the program "Tet gratitude to frontline people against epidemics".
Specifically, before December 23, leaders of the city and departments will visit 80 public hospitals and some private hospitals participating in the fight against the epidemic. Leaders will present gifts worth VND12 million to each hospital while they will give health centers and mobile medical stations in wards and districts a gift worth VND2 million each. Medical staff will receive VND1 million in cash.
President of the Vietnam Health Trade Union Pham Thanh Binh said that in order to support and share difficulties with workers in the health sector, the Standing Committee of the Vietnam Medical Union has guided the grassroots trade unions under the health sector to support union members and employees on the occasion of the Lunar New Year 2022.
In particular, trade union members, union members, and employees who are in difficult circumstances, affected by the Covid-19 epidemic, have labor accidents,  occupational diseases or fatal diseases will be handed out VND300,000 each.