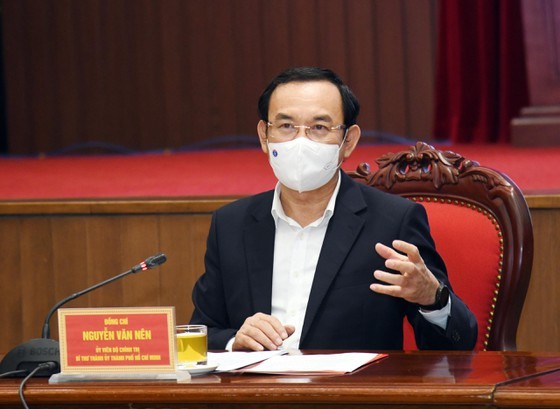 At the meeting, HCMC Party Chief Nen said that up to now, Ho Chi Minh City has overcome the most difficult moment of the Covid-19 epidemic. Without the support of people across the country, the city would not be successful in the fight against the pandemic, said Mr. Nen.
In addition to the efforts of city dwellers and administrations at all levels, this result is also thanks to the joint efforts and consensus of people and governments in all corners of the country towards Ho Chi Minh City including authorities and people in the capital city.

Party Secretary Nen also affirmed that the assistance of Hanoi and people in the country has given more impetus to the city's Party Committee, government and people to fight during the recent epidemic and continue to overcome all difficulties, promoting socio-economic recovery and development to maintain its the leading role. 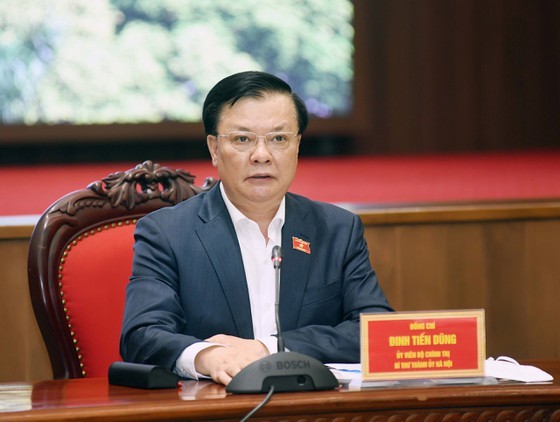 Secretary of the Hanoi Party Committee Dinh Tien Dung (Photo: SGGP)
On behalf of the leaders of Hanoi, Mr. Dinh Tien Dung said that he was happy at the news of the HCMC which has been gradually establishing the "new normal". The Secretary of the Hanoi Party Committee also sent his condolence to bereaved families in Ho Chi Minh City sharing the losses and sacrifices in the battle with the recent Covid-19 epidemic.
Mr. Dung affirmed that Hanoi always looks to Ho Chi Minh City and localities across the country helping all with its utmost efforts. Mr. Dung also affirmed that Hanoi will continue to promote coordination and cooperation with localities, including Ho Chi Minh City to improve the effectiveness of epidemic prevention while recovering and developing socio-economic development.
Also at the meeting, representatives of the two cities exchanged and shared lessons learned from the prevention of the Covid-19 epidemic and solutions to overcome difficulties and remove obstacles to recover socio-economic growth while still maintaining security, national defense and ensure social security in the state of "new normal".
On this special occasion, Mr. Nen presented a thank-you letter of the Party Committee, government and people of Ho Chi Minh City to their peers in Hanoi for their help and support.
. 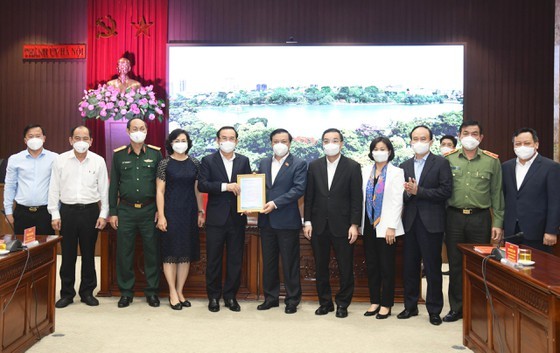