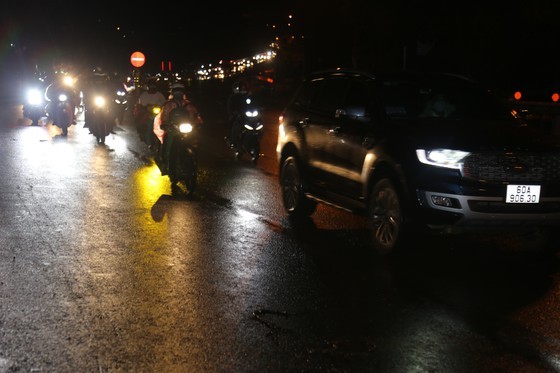 Dong Nai Province authorities escort 900 workers to return to Dak Lak Province. (Photo: SGGP)
All these workers were taken to No Trang Long Ethnic Minority Boarding High School in Buon Ma Thuot City of Dak Lak Province to conduct a quick test and medical examinations before returning to the locality for isolation according to regulations.

Here, the authorities of Dak Lak Province had prepared food and drinking water for these workers, and at the same time, requisitioned many classrooms to serve as places for them to rest.

Despite being exhausted after a journey of nearly 400 kilometers by motorbike, Ma Chang, whose residence is in Krong Pak District, was extremely excited when he finally returned to his hometown. He said that he and his wife had worked in Dong Nai Province for more than seven years. Due to the pandemic, for more than a month, both of them had had no income. Because they no longer had money to stay, they decided to return to their hometown. 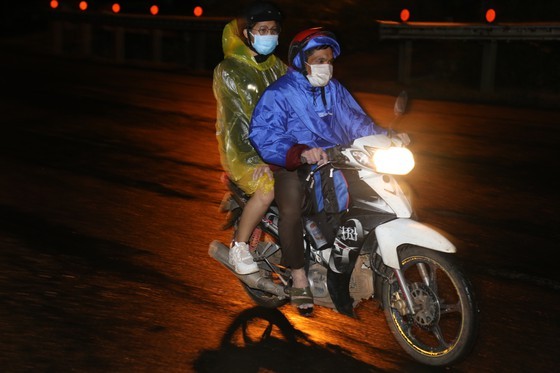 Workers return to their hometown by motorbikes. (Photo: SGGP)
“It is exhausted riding a motorbike for nearly 400 kilometers, but I am happy to be able to bring my wife and children back to our hometown. It is about 40 kilometers more until we get home, now we have to wait for the Covid-19 tests, then we will go home immediately," Ma Chang said happily.

More than 900 workers working at companies and industrial parks in Thanh Phu Commune of Vinh Cuu District in Dong Nai Province are all in the same situation as Ma Chang and are supported by the government to return to their hometown upon their wishes. 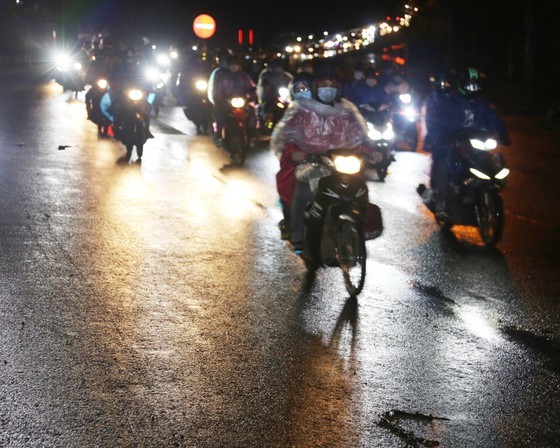 All 900 workers arrived at Dak Lak Province safely. (Photo: SGGP)
Before departing, the People's Committee of Vinh Cuu District organized a quick test for all these workers. All workers who have negative Covid-19 test results were listed and escorted by the district's authorities to the territory of Dak Lak Province. In this trip, the district also arranged ambulances and food trucks to support workers when needed.

According to the health sector of Dak Lak Province, through rapid antigen test, four cases gave positive results for the SARS-CoV-2 virus. These cases have been isolated and are waiting for the RT-PCR test results of the CDC in Dak Lak Province. 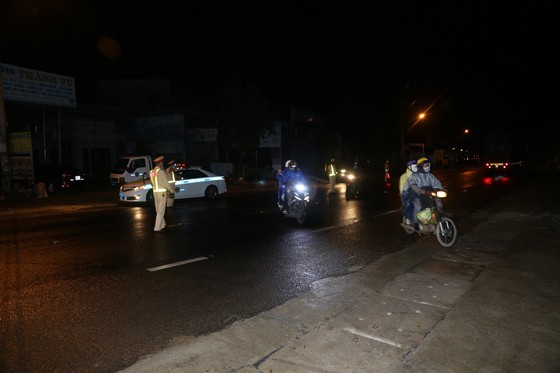 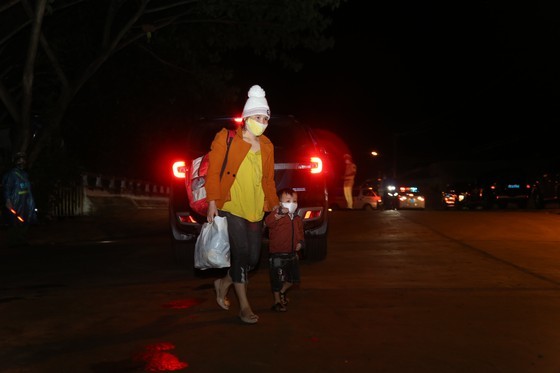 Many children return home with their parents. (Photo: SGGP) 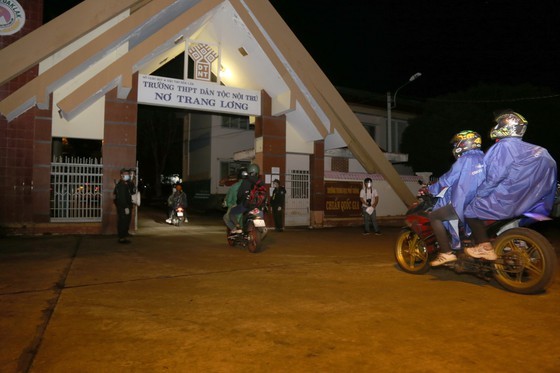 People are guided to gather at No Trang Long Boarding High School for medical declaration and quick test. (Photo: SGGP) 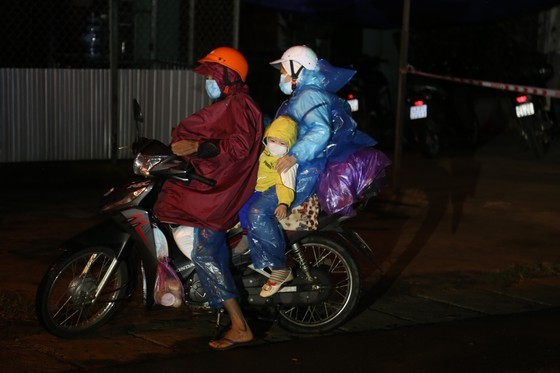 The journey to hometown of a family. (Photo: SGGP)

Many people are wet because of the rain. (Photo: SGGP) 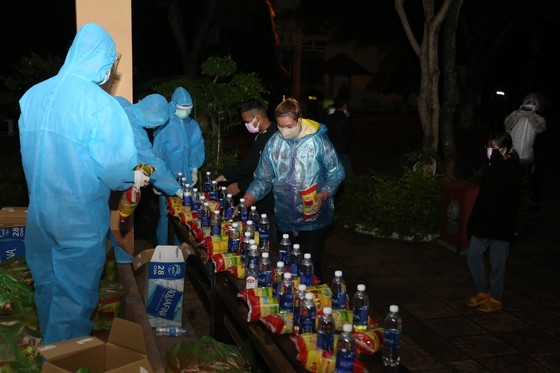 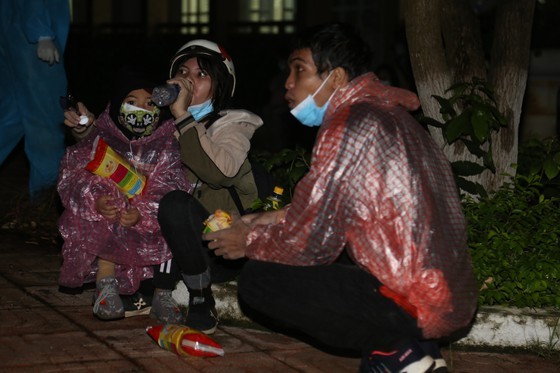 Workers are exhausted after a long trip. (Photo: SGGP) 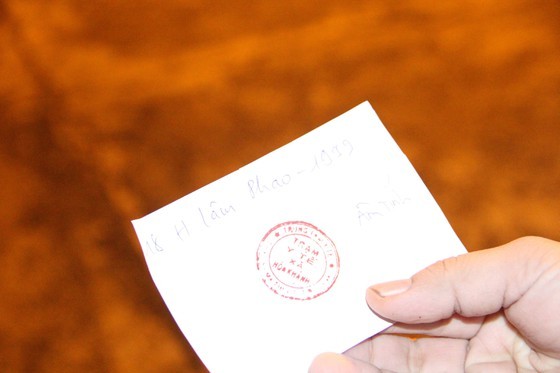 A worker with negative result for the SARS-CoV-2 virus. (Photo: SGGP)