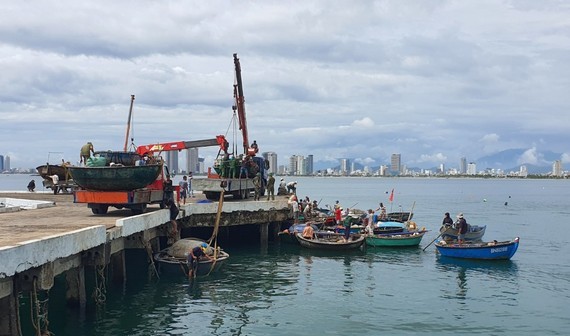 Border guards in Da Nang City help fishermen bring small boats to shelters
Ly Son island district in the Central Province of Quang Ngai has mobilized military forces, police, border guards, militiamen, and local youth union members to reinforce schools and organization headquarters as well as help people to repair their dilapidated houses.
Local authorities have also developed plans to evacuate people in dangerous areas and households with unsafe houses to temporary shelters to avoid storms.
The Commanding Committee for Disaster Prevention and Control of Ly Son district has informed about the typhoon to captains of ships and boats operating at sea while rescue forces are ready to provide assistance. At present, fishermen have urgently put their boats to the anchorage, bringing basket boats ashore for sure binding.
Elsewhere in the Central region, local authorities in Quang Tri Province’s Con Co island district and residents were fortifying houses together; At the same time, people are likely to be moved to storm shelters if they live in unsafe places.
Currently, roughly 2,293 boats with 6,050 crew members are safely anchored at the docks of Quang Tri Province whereas other seven ships with 61 crew members are operating at sea. 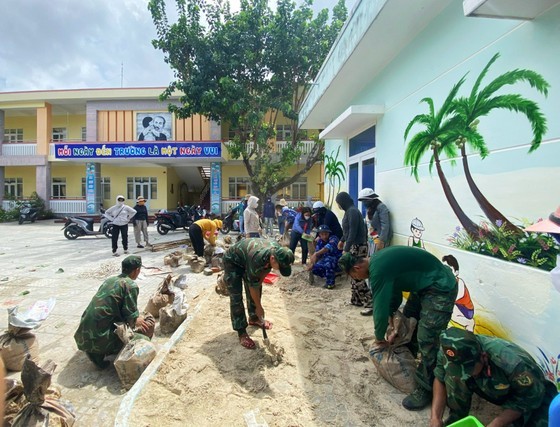 Soldiers help people to repair houses in Ly Son island
Quang Tri Province has considered various possible scenarios for the evacuation of people when the storm hits. In the scenario, if the typhoon reaches to the third stage, around 8,980 households with 27,966 people in four coastal districts will be evacuated.
Furthermore, as per the scenario, if the storm reaches the fourth stage, approximately 29,169 households with 100,768 people will be evacuated. According to the scenario, if the rivers in the province exceed the third-stage warning level, 14,341 households with 53,005 people must be forced to leave their unsafe houses for safer shelters.
The province also decided to allocate more than VND4.5 billion taken from the provincial budget in 2022 for businesses to reserve goods for disaster prevention and search and rescue in the province.
People in the Central region have been hurriedly pulling their boats ashore and fixing their houses.
This morning, despite moderate rain and heavy rain, fishermen pulled hundreds of boats to safe areas along the coast of Thien Cam town and Cam Duong commune in Cam Xuyen District in Ha Tinh Province.
Mr. Nguyen Tong Anh, Chairman of the People's Committee of Thien Cam town of Cam Xuyen District, said that the town has 73 boats with different capacities, mainly in Song Yen, Yen Tho, and Yen Ha villages. Meanwhile Mr. Hoang Van Linh, Vice Chairman of Cam Duong Commune People's Committee, said that the commune has 59 boats of all kinds, which have been brought to a safe place. 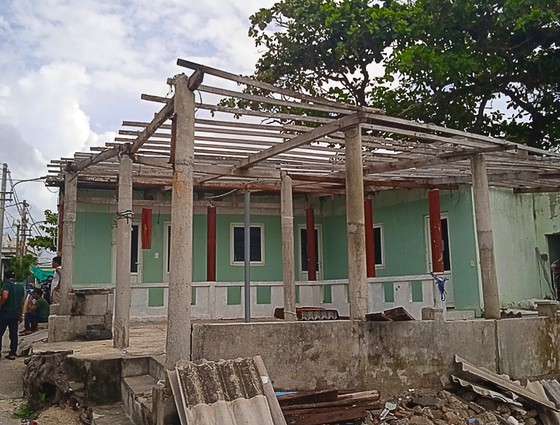 Roof of a house in Ly Son island is blown away 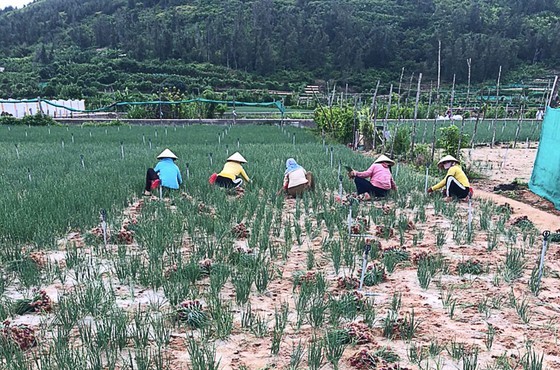 Farmers in Ly Son harvest oinion before the typhoon comes 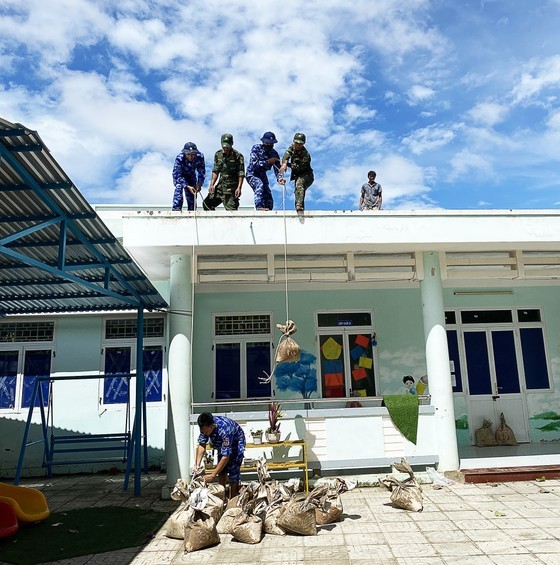 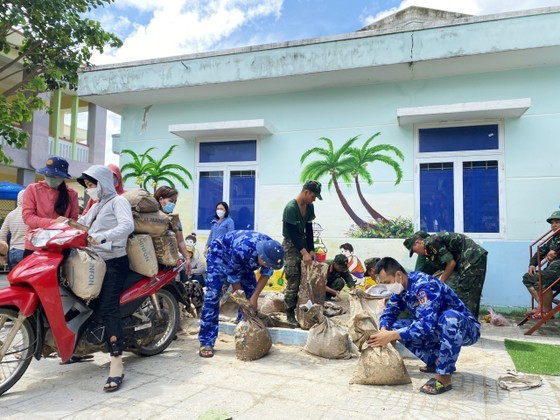 Soldiers are fortifying houses in Ly Son island
In addition, some fishermen also put their assets to higher places while others were cutting off tree branches and repairing public works in preparation for the impact of typhoon Noru.
According to the report of the Commanding Committee for Disaster Prevention and Search and Rescue of Ha Tinh province, as of 10 am on September 25, some 3,666 fishing vessels had come ashore.
The commanding committee has called for the remaining nine ships with 48 workers on board operating at sea to move to shelters before 5 pm on September 25. Ha Tinh Provincial People's Committee also established four inspection teams led by the Chairperson and three Vice-Chairpersons to update the development of the storm for the timely response.
Mr. Phan Thanh Hung, Chief of Office of the Steering Committee for Disaster Prevention and Control in Thua Thien - Hue Province, said that the province has 2,062 vessels with 11,350 employees engaged in fishing activities. Currently, the Border Guard Command of Thua Thien - Hue province is trying to call for six ships still operating at sea to return to shore.
Other localities such as Da Nang and Quang Tri are also urgently implementing plans to evacuate people to storm shelters, reinforce house roofs as well as stockpile food – foodstuff for the upcoming typhoon Noru. 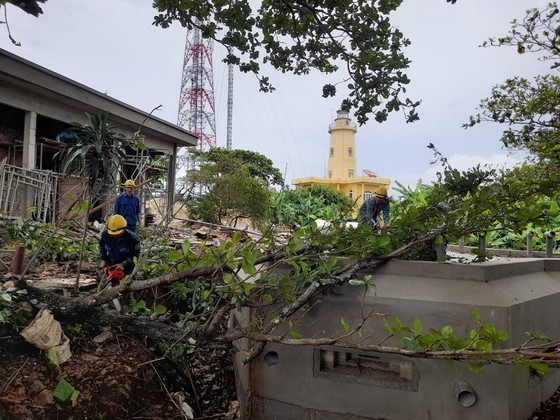 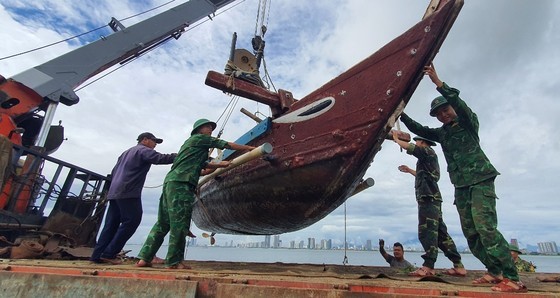 A fisherman in Man Thai Ward of Son Tra District, Da Nang City says that this is the first storm in September and also the opening storm of the rainy season in the Central region. Therefore, in addition to fixing, they also have to reinforce their fishing boats, ensuring safety during the storm. 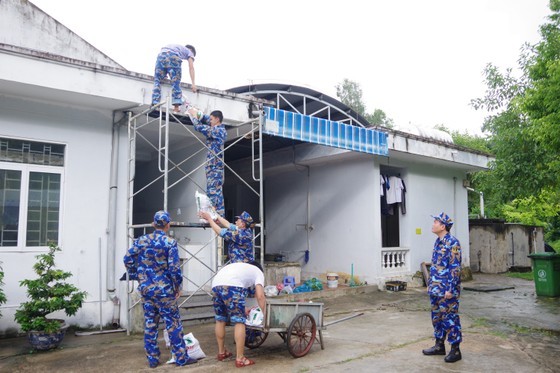 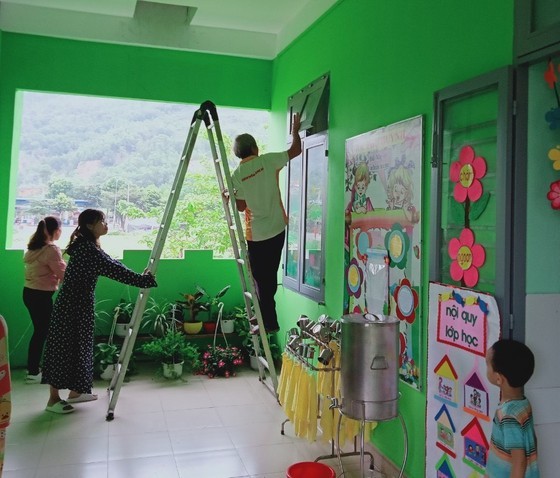 Preschool teachers are preparing for the storm