Right after receiving information about the fire, leaders of the People’s Committee of Thanh Xuan District requested related state units cooperate closely to extinguish the fire, rescue victims, and protect the neighborhood as much as possible.

200 state officers and firefighters were called upon to carry out the mission, using 20 firetrucks, 10 ambulances, 1 emergency truck, 3 water tankers, and an excavator. The local police officers arrived at the site immediately to manage the traffic flow and save residents’ possessions.

213 people in 58 households in Ha Dinh Ward and Thanh Xuan Trung Ward were aided to transfer their belongings to safer places.

At around 9pm on the same day, the fire was basically under control and no longer spread out. Related state agencies continued to spray water to prevent further blaze.

At 11:30pm, the fire was mainly extinguished.

At midnight, leaders of Hanoi Police Department had a meeting with Chairman of the city People’s Committee Nguyen Duc Chung for necessary actions on the next day, mostly focusing on completely putting out the fire, protecting the site, and helping citizens in need.

Rang Dong Light Source and Vacuum Flask Jsc. is asked to check and report the quantity of staff on duty in the warehouse at the time of the fire, ensuring there is no mortality or injury. It is also requested to collaborate with the local authorities to identify the cause of this severe fire.

According to the damage report, the total surface area of 6,000m2 in the South-east was destroyed beyond repair. It includes a compact depot, a fluorescent lamp depot, a vacuum flask depot, a desk lamp depot, a material warehouse, and some smaller ones.

Luckily, there was no death. Property damages are now being evaluated.

Two firefighters were affected by fire smoke, yet not too serious.

According to Senior Lieutenant-colonel Pham Trung Hieu, Head of the Division of Fire Prevention and Fighting and Rescue (under the Hanoi Police Department), until today, the police are still at the site to protect possible evidence for further investigation on the cause.

SGGP photos of the fire: 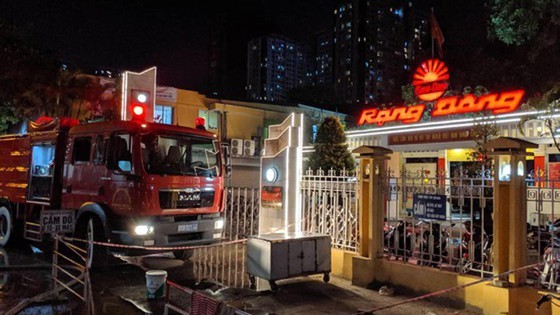 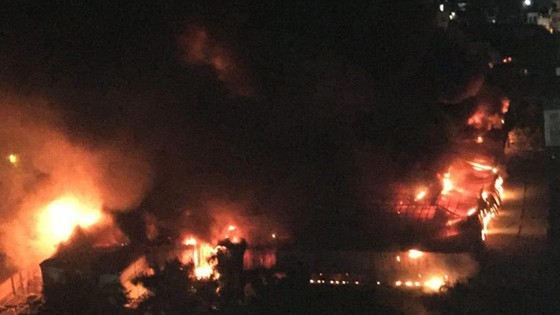 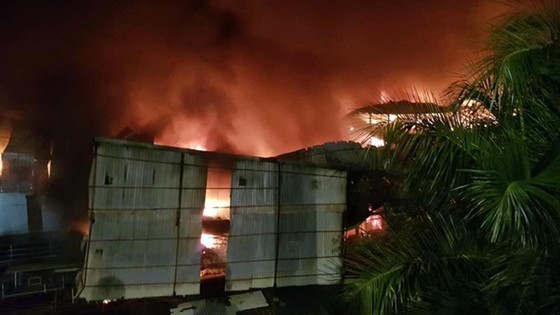 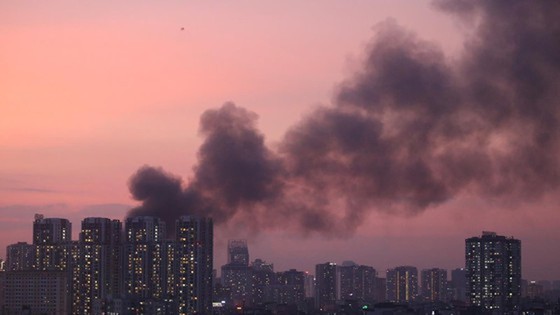