According to initial information from the reports of local people and findings, the Quang Nam Provincial Police conducted a search at Mirae Asset Company at noon on November 21. The search warrant was made because this company was related to a report of loan sharking.

Through the search, the police seized many documents and continued to fight, take statements, and classify 150 people as employees of the company.

During the investigation, the police determined that Mirae Asset Vietnam Finance Company Limited is a foreign company headquartered in Vietnam in District 1, HCMC, led by L.J., a Korean national, as General Director. This company is licensed by the State Bank of Vietnam, with lending functions, including installment and consumer loans. Since August 1, 2016, the company has rented an office on the fourth floor of the H3 Building at No.384 Hoang Dieu Street in Ward 6 of District 4 for debt collection activities.

When it is time for repayment, the debt collection department will divide customers according to the debt duration. 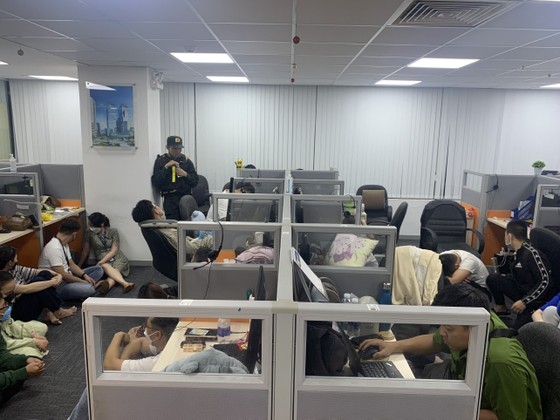 If the debt is more than 180 days, they will use phones and social media accounts to call, text, curse, threaten or crop images of borrowers and relatives to add to the funeral obituaries, sexual images, notices to track down debt evaders, and fraud warnings. The images are sent to customers, relatives, friends, and colleagues of borrowers via social networks to create pressure on borrowers to force them to repay debt.

The investigation agency prosecuted the accused and executed a temporary detention order against 13 people for the crime of slander, according to Article No.156 of the Penal Code.