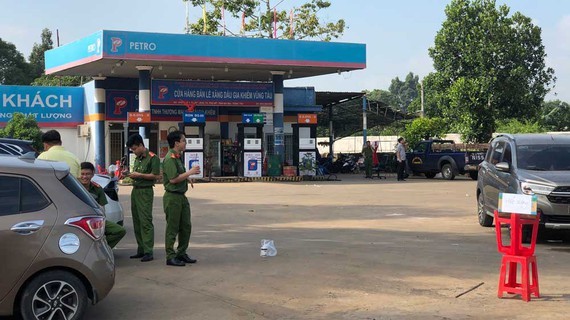 Police officers raid Gia Khiem gas station in Ba Ria - Vung Tau for making fake petroleum
Regarding the case, the provincial Investigation Police Agency yesterday arrested Vo Hoai Phuong, born in 1984 in Ho Chi Minh City who is the director of Gia Khiem Transport Trading Company in Ho Chi Minh City along with many other suspects to investigate the case.
According to initial information, those involved in the case have bought chemicals in bulk and then mix them with solvents to make gasoline and sell to consumers. This is a case of petroleum counterfeiting in large quantities with millions of liters.