The project, called “National strategy to attract and appreciate talents”, is considered by the Government as a key aspect in recruiting and retaining talents, said Deputy Director of Department of Public Officials - Public Employees under Ministry of Home Affairs, Ms. Le Minh Huong, in a recent interview with SGGP Newspaper. 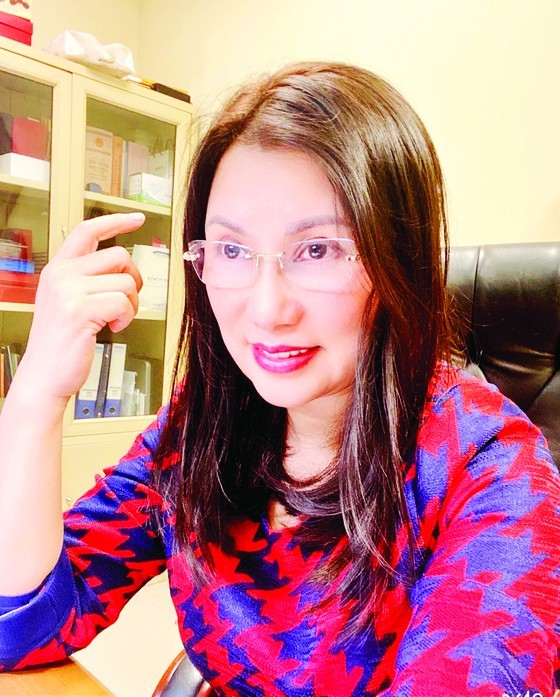 Ms. Le Minh Huong (Photo: SGGP)
Developed countries in the world, including Confucian Asian countries such as China, Japan, Korea, Singapore have shown special attention to building their institutions and acquiring exceptional human resources, which is a key basis to establish the project, according to Ms. Huong.

“The Party have repeatedly made it a mission to train officials and aim towards sustainbale development, otherwise our country would fall behind”, she commented.
It has been pointed out by international experts and the Party itself that each locality in Vietnam have different limitations, but this had been overlooked when building policies to attract talents, leading to impractical approaches in some cases.
Nations which have succeeded in attracting and retaining talents tend to focus not on material compensations but on merit rewards, and put emphasis on the honor a person can get when contributing to their country. “We must do the same and find a balance between materialistic and merit rewards”, Ms. Huong stated.
The recent Resolution No. 26-NQ/TW from the 7th plenum of Vietnam’s Party Central Committee also put emphasis on normalizing the dismissal and appointment of government staff to attract new blood and create healthy competition, as well as completing the frameworks to make it a reality.
Meanwhile, the 6th Central Executive Committee at the 7th National Party Congress also encouraged changing the traditional views on government officials and public servants, including the unbiased promotion of any and all Vietnamese staff members, regardless of their personal background, country of residence and their position in the Party or lack thereof.
To implement these resolutions, the Ministry of Home Affairs introduced 8 categories of solutions and roadmaps to attract talent as both an immediate task and a strategic, long-term mission of the party committee and Government.
In which, the first step is to refresh the awareness and responsibility of the party committees, leaders of public agencies and units, especially the people in charge of implementing the policies in the spirit of respecting the law and honoring talents.
“If the project is approved by the Prime Minister, in the early stage of implementation, the strategy will focus on perfecting, standardizing and synchronizing legal institutions on attracting and retaining talents in the early stages”, Ms. Huong concluded.

Do Trung - Translated by Tan Nghia