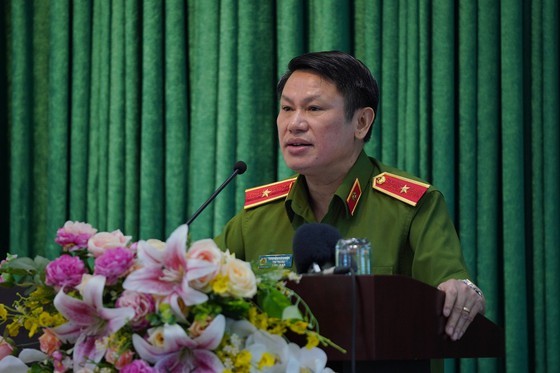 Major General Nguyen Van Vien speaks at the press brief  (Photo: SGGP)
A leader of the Drug-related Crime Investigation Police Department under the Ministry of Public Security said at a press brief on the occasion of the month of action against drugs this morning.

According to the Department’s information, currently, foreigners take advantage of the open-door policy, and Vietnam’s favorable regulations of customs procedures and loopholes in the law of immigration to connect with Vietnamese people to set up fake companies operating with sophisticated and cunning tricks, such as renting warehouses and workshops to disguise drugs in goods containers to be shipped abroad.
According to Major General Nguyen Van Vien, director of the Drug-related Crime Investigation Police Department under the Ministry of Public Security, in the past time, although the Covid-19 epidemic has been developing particularly complicated, drug criminals in the world, the region and the country have continued working with unpredictably new methods and tricks.
Moreover, they have frequently been changing their tricks and activities; worse, they have been thoroughly taking advantage of scientific and technological achievements to cope with police officers’ detection and accusation.
Due to the direct impact of drug crimes in the world and the Asian region, drug crimes in Vietnam have been very complicated. Drug criminals have bought drugs from abroad and then transported them into Vietnam for consumption or shipped to a third country via land, sea, and aviation.

Vietnam’s Northwest region has been lately emerging as a key place for crime associated with drug trafficking. 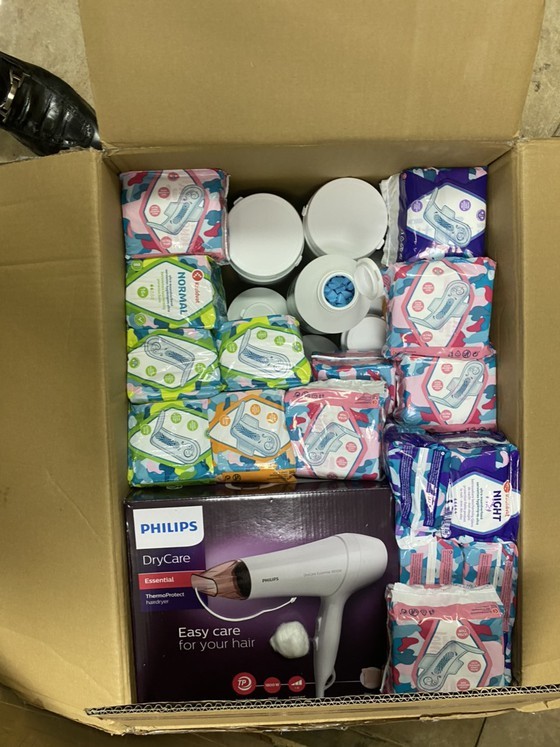 Drugs are hidden in batches of good (Photo: SGGP)
Over the past time here, police forces have been focusing on cracking down the crime; however, a sign of complicated development of drug crime has been shown lately; noticeably, the illegal drug trafficking rings have been operated from Laos through the country’s Northwest and North Central to China for consumption. Criminals have been often changing routes to escape the detection of police officers and border guards.
In the southern region, especially Ho Chi Minh City and key southern provinces, along the Vietnam-Cambodia border, drug trafficking has developed complicatedly, becoming a "hotspot" for drug crimes.
After China authorities toughly cracked down on organized crime groups as well as tightening control over Chinese, Taiwanese (China) and South Korean criminals, they have been recently moved their operations to Southeast Asian countries, including Vietnam; accordingly, the Southeast Asia region is at risk of becoming a global drug hub.
Because of the complicated developments of the Covid-19 pandemic, the transport of passengers was temporarily halted or strictly controlled, drug criminals have taken advantage of express delivery and consignment of gifts by the air route to send drugs cleverly hidden in batches of goods from European countries to Vietnam, and then to other countries for consumption.
In addition, the sea route continues to be used by criminals to trade and illegally transport drugs in large quantities from abroad to Vietnam, transit through Vietnam, and from Vietnam to third countries. Criminals usually transport drugs through seaports in the south such as in Ho Chi Minh City, the Southern Province of Ba Ria - Vung Tau, the Northern Province of Hai Phong with very sophisticated tricks.
In addition, police discovered drug-related cybercrime that criminals have been increasingly utilizing the internet in their activities. This is an alarming problem in the industrial revolution 4.0 with the strong development and popularity of the Internet in social life.
Drug retailers have been enticing other people to illegally use drugs rampantly. Drug criminals changed to rent motels, hotels, apartments, luxury resorts to use drugs unlawfully.
Specifically, a mentally disabled addict was found living it up, soundproofing his room, using loudspeakers, strobe lights, storing drugs in the National Mental Hospital under the Ministry of Health. The case has stirred public concern.
Police officers arrested members using the drug illegally in May alone. Drug-related crime investigation police nationwide have detected 12,421 drug trafficking, arresting 17,710 criminals involving drug crimes seizing a total of 290 kilograms of heroin, 1.42 tons of narcotics, and 840 kilograms of ketamine and properties in the first six months of the year.

By Do Trung - Translated by Anh Quan