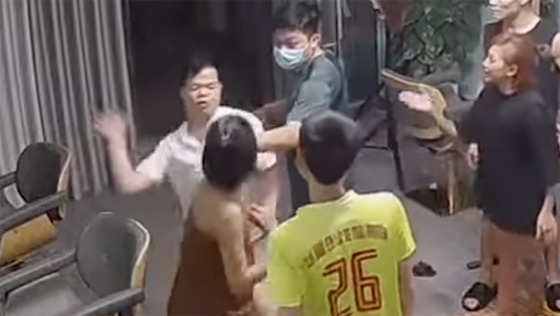 Accordingly, Lieutenant Colonel Dang Dinh Toan is dismissed from his position and from serving in the People’s Police force. For the act of beating a woman, Toan was administratively punished by Cao Bang Province Public Security Department under the error of ‘deliberately causing physical harm to others’.

Also, doctor Nguyen Van Manh was sanctioned for the act of ‘inciting people to physically harm others’. Leaders of Cao Bang Province Public Security Department reported that there were criminal signs in this case.

Before this, a video clip had been shared on the social network about police officers and other people unexpectedly burst into a hair salon, followed by their pushing and slapping the face of a woman when they were in argument.

The incident was later clarified as such: Toan and two other people entered the hair salon of M.K. in De Tham Ward of Cao Bang City. They wanted to capture a young man in the salon, but was stopped by those present there. During the scuffle, Toan slapped on the face of a woman two times.