According to initial information, at dawn of the same day, while going on patrol, the working group at Hoa Hiep Entrance Station discovered a 7-seater car with the registration plate 17A - 178.43 with suspicious signs, so they requested it to stop. The car had just exited from the Hai Van tunnel.
Police officers checked the car and found six people sitting inside including four Chinese nationals (including 3 men and 1 woman) without legal entry papers to Vietnam.
Besides, there were a 31 year old Vietnamese man and a 29-year-old Vietnamese driver from Thai Binh Province. 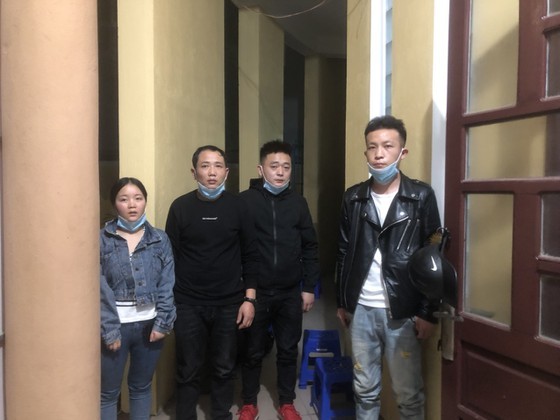 Four Chinese people  have been found illegally enter Vietnam in Da Nang City
The driver admitted to have picked up the above Chinese people from Hanoi to transport them to Ho Chi Minh City for VND20 million (US$859).

Initially, the working group wrote a record of violations against the driver regarding passenger transport regulations.
At the same time, the team handed over these Chinese nationals and the car to the police in Hoa Hiep Bac Ward, Lien Chieu District to investigate and handle in accordance with their competence and implement measures to prevent and control Covid-19 as prescribed.