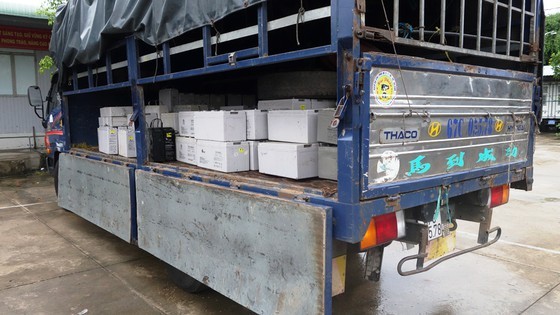 At the checking time, two drivers could not showcase any license of cargo management and transport for the above accumulators.
Therefore, the police officers made a report of administrative sanctions and temporarily seized all evidence for the investigation and verification.