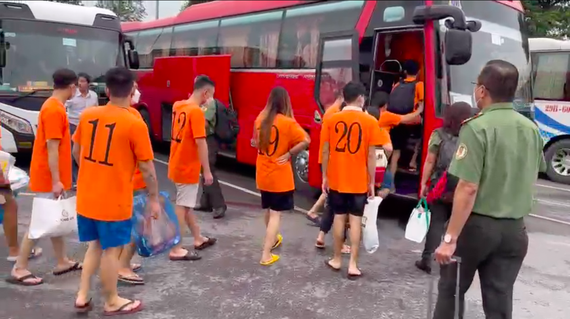 Foreigners are deported for illegally entering Vietnam
Police officers said that this is the second round of deportations from the beginning of 2022 until now. According to a statement of these people, they entered Vietnam to find a job in Ho Chi Minh City or move to work in Cambodia.
Recently, more and more foreigners illegally entering Vietnam were brokered and organized by some Vietnamese people to illegally enter Vietnam through border crossings in the North. Many of them even walked through the forest in the border area to avoid detection.
Then, these people took a bus to move to Ho Chi Minh City. Some stayed in the southern metropolis to find work meanwhile others found ways to go to Cambodia. Although they know that they are breaching the law, they still tried to enter Vietnam in the hope of finding good jobs with a high salary.
Currently, the police force in Ho Chi Minh City is continuing to investigate and strictly handle brokers and organizations that bring foreigners into Vietnam illegally.