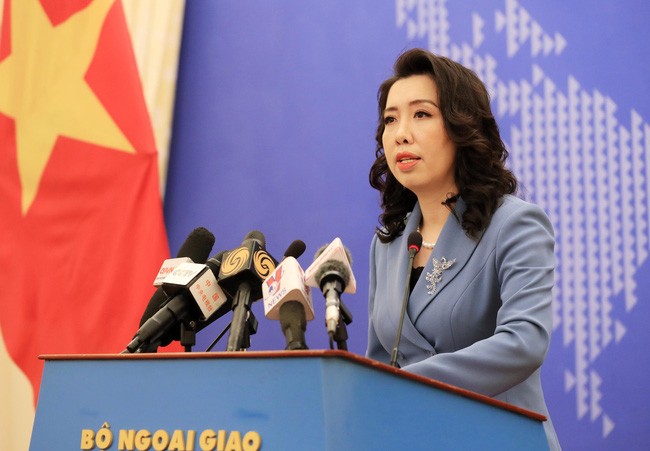 Foreign Ministry spokesperson Le Thi Thu Hang  (Photo: VNA)
Commenting on several foreign brands’ use of maps showing the illegal nine-dash line on their Chinese-language websites, Hang stressed that as affirmed many times before, Vietnam has sufficient historical evidence and legal ground to affirm its sovereignty over Hoang Sa and Truong Sa in line with international law, as well as sovereignty, sovereign right and jurisdiction over relevant waters in the East Sea as defined in accordance with the 1982 United Nations Convention on the Law of the Sea (UNCLOS).