Rescue crews and volunteers in Mexico City -- home to 20 million people -- clawed through the rubble of at least 49 collapsed buildings looking for survivors and bodies.
Local media reported that families were getting Whatsapp messages pleading for help from desperate relatives trapped under the debris.

Mexico City recorded 36 of the deaths, while Morelos state directly south of it saw 64 killed. The others were registered in Puebla (29), a town southeast of the capital, and in Mexico state (nine), which lies just to the west of the capital.

Memories of the devastating 1985 earthquake that killed 10,000 people in Mexico City spurred panic on Tuesday. Many quickly ran for safety outdoors when walls around them swayed and cracked.

Amamia Sanchez, a 45-year-old secretary cried out: "It’s just not possible that this happened also on September 19."

The quake -- which occurred in the early afternoon, hours after city authorities had conducted an earthquake drill -- caused damage in the bustling centre of the city, and to areas south and west of the capital.

"We ran outside thinking all was going to collapse around us," said Lazaro Frutis, a 45-year-old who escaped an office building before it crumbled to the ground. "The worst thing is, we don’t know about our families or anything."

"It was horrible," said resident Leiza Visaj Herrera, 27. "I didn’t want to get close under any tree. I had to hold on to the ground."

Scenes of chaos permeated the city straight after the earth shuddered.

Traffic jammed to a standstill before blanked-out stop lights, and anxious people ran between vehicles as ambulances tried to make headway, sirens squealing.

Emergency officials warned people in the streets to avoid smoking because of the risk of igniting gas leaking from ruptured pipes.

In several locations, people were seen clambering on buildings that were now piles of stone and tangled metal to pull people out.
’Everyone was frantic’
Jorge Lopez, a 49-year-old Spaniard living in Mexico City, said that he raced to the school in the central Roma district where his children aged six and three were in class, to find it collapsed but his offspring safe but terrified.
"We arrived at the school and everyone was crying, everyone was frantic, and the kids were holding on to a rope," he said.
"It’s uncontrollable. You can’t do anything against nature."
Witnesses said another school was smashed to rubble in Cuernavaca, a town just south of the capital. The fate of the pupils and teachers was unknown.
An office building of around five stories in the chic Condesa district of central Mexico City collapsed. Volunteers scrambled among the debris, pulling out three survivors and looking for more.
"There are people trapped there!" yelled one woman.
Similar efforts were made at other smashed buildings nearby. At one, an emergency worker held up a sign commanding "Silence" so crews could listen for the sounds of any survivors.
Patients were evacuated from a hospital in the adjoining Roma district, wheeled out on beds and wheelchairs as staff set up makeshift wards outside.
President Enrique Pena Neto said on Twitter he had ordered the evacuation of damaged hospitals "and the transfer of their patients to other medical facilities."
At one collapsed building in the Roma district, dozens of people dug through rubble as they waited for the arrival of heavy machinery to move the massive chunks of stone. Officials called out for more volunteers, and for water.
A woman standing and watching the efforts with her husband, a doctor, turned to him and said, "Darling, if you want to help, give me your glasses and take care."
The city’s international airport closed for more than three hours following the quake, and the stock market was forced to shut down.
Hours after the quake, residents stood around outside, in the streets, fearing aftershocks.
On the clogged roads, many without lights, muggers came out at night to assault trapped motorists.
Appeals for missing people multiplied on television.
Trump’s prayers
Officials in other countries began to react to the disaster, with many offering to help.
"With rising casualties & many collapsed buildings, my thoughts are with those impacted by the Mexico earthquake. The UN is ready to support," tweeted the UN’s emergency relief coordinator, Mark Lowcock.
Costa Rican President Luis Guillermo Solis, who was in New York with other world leaders for the UN General Assembly, expressed his "solidarity" with the Mexican people.
US President Donald Trump, who has forged an antagonistic relationship with Mexico since coming to office, tweeted: "God bless the people of Mexico City. We are with you and will be there for you."
Justin Trudeau, the prime minister of Canada, tweeted: "Devastating news from Mexico City. My thoughts are with those affected by today’s earthquake - Canada will be ready to help our friends."
Mexican Foreign Minister Luis Videgaray responded by saying "Mexico sincerely thanks the displays of international solidarity that we are receiving."
Mexico is prone to earthquakes, being located in a seismically active region. Its last major quake, on September 7, killed 96 people in the southern part of the country, source from Vietnamnews. 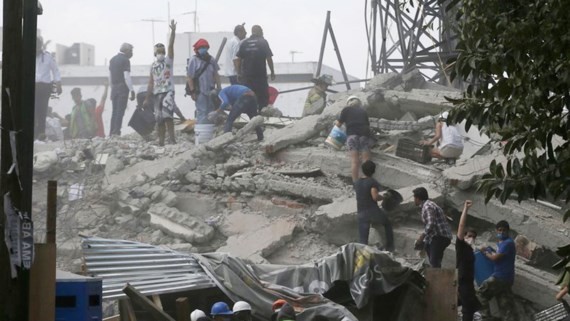 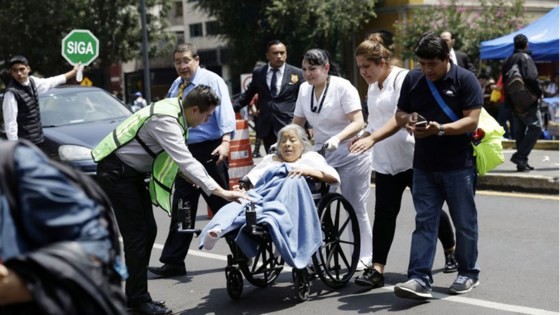 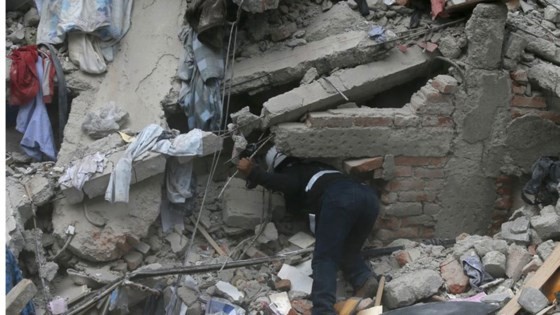 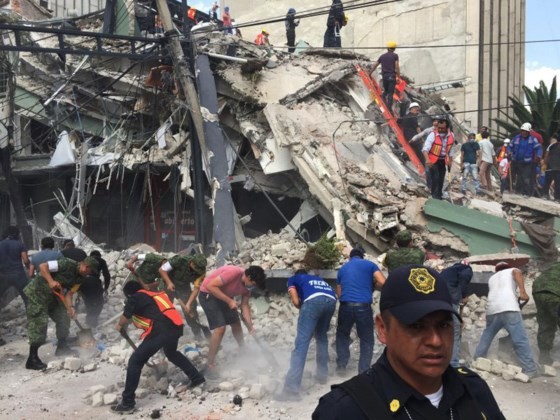 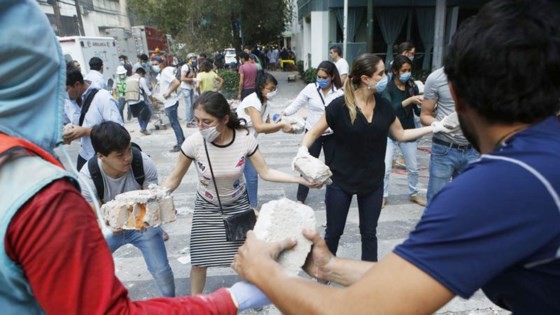