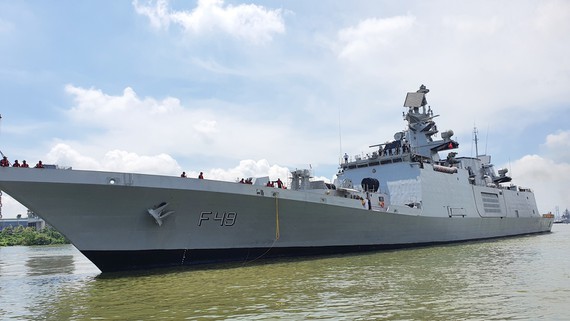 Representatives of the Ministry of Defense and the Navy army welcomed the two Indian navy ships.
The INS Sahyadri is the third ship of the P17 class of stealthy guided-missile destroyers. The ship was designed in-house by the Indian Navy's Design Institute and built by Mazagaon Dock Company in Mumbai.
Commissioned on July 21, 2012, the ship features a range of tailored weapons sensors that enable it to operate effectively in high-threat environments. The ship's offensive and defensive weapon systems include long-range anti-ship/surface-to-surface missiles, medium- and short-range surface-to-air missiles, medium-range gun platforms, close-range weapons systems, and anti-torpedo submarines, anti-submarine missiles, and an advanced domestically manufactured sonar device to counter any threat from the ground, underwater or in the air.
In addition, the ship is also capable of carrying two multi-purpose helicopters, adding to the advantage of the ship's combat and defense capabilities. With stealth features, a formidable weapon sensor package, state-of-the-art equipment, and durability, the INS Sahyadri is a versatile platform that contributes to the defense of India's maritime objectives. .
The INS Kadmatt (P29 class) is the second out of four domestically produced anti-submarine warfare frigates in the Indian Navy's Plan 28, which aims to modernize the Navy through the manufacture of anti-submarine stealth corvettes. 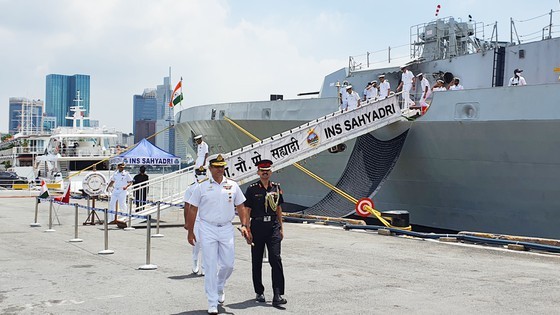 The INS Kadmatt which was put into service on January 7, 2016, is manufactured based on the vision to realize the ‘Make in India’ dream and centralization efforts of the Indian Navy. The ship is built with more than 90 percent domestically produced spare parts.
Speaking at a press conference aboard INS Sahyadri, the two ships’ Commander-in-Chief of the Eastern Fleet, Rear Admiral Sanjay Bhalla, affirmed that this visit is of special significance on the occasion of the two countries celebrating the 50th anniversary of the establishment of diplomatic relations and the 5th anniversary of the establishment of the India-Vietnam Comprehensive Strategic Partnership.
Mr. Sanjay Bhalla highly appreciated the India-Vietnam relations, including the deepening defense cooperation, most recently the visit of the Indian Defense Minister to Vietnam from June 8 to 10 and signed the Joint Vision Statement on the defense partnership between Vietnam and India until 2030. He also revealed that the two countries will sign the Memorandum of Understanding on logistical reciprocity.
Rear Admiral Sanjay Bhalla affirmed that India and Vietnam share views on the importance of maintaining peace, stability, security, safety and freedom of navigation in the East Sea as well as settling disputes by peaceful means based on international law, including the 1982 United Nations Convention on the Law of the Sea. 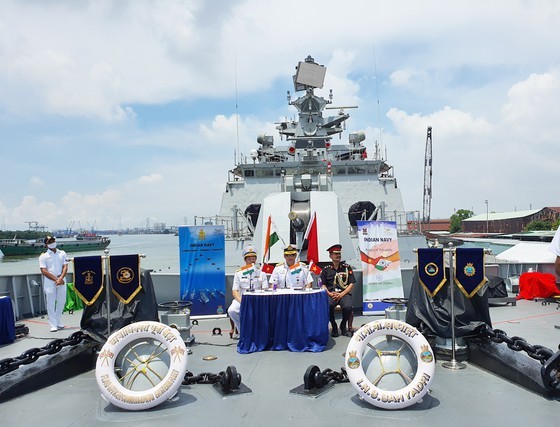