The awarding ceremony was held on the occasion of the 131st birthday anniversary of the late President who the prize is named after.

These outstanding workers have not only performed well in their work and had practical initiatives to benefit companies but also provided training for workers who will prove to be important contributors later.
More importantly, these winners this year pay attention to environment protection in their initiative.
At the ceremony, a representative of the Labor Union called for more initiatives to create environmentally-friendly products to replace single-use plastic items as well as encourage trade union of all levels to use new products benefiting environment contributing to the city’s plan to become a smart city.
Speaking at the prize-giving ceremony, deputy Chief of the city’s Labor Union Kieu Ngoc Vu said that 201 outstanding engineers and workers have captured the Ton Duc Thang Prize for 19 years.
Ten winners this year are workers and mechanicians who are directly working in companies with dedication and having initiatives benefitting their companies as well as contributing to the city’s seven breakthrough programs. 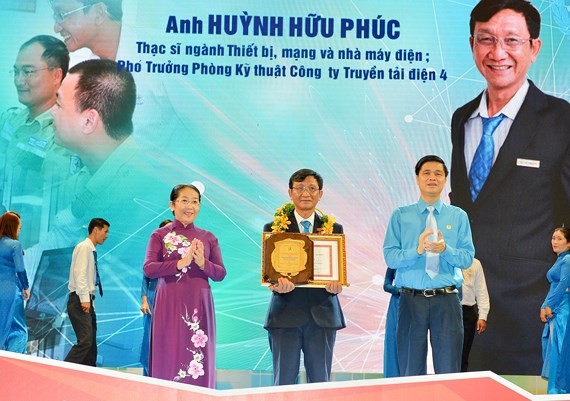