According to the initial information, the reason for accident was started by the driver of a container truck who could not control the speed and crashed into a 4-seater car ahead and continued to collide with a 16-seater passenger coach.

The accident caused wrecks and damaged automobiles at the scene; and many people were taken to the hospital.

After receiving the information, the functional forces quickly cames to the scene to regulate the traffic; however, until 10 p.m., the traffic situation through the area was still congested.

Regarding to the HCMC- Long Thanh- Dau Giay expressway, Sai Gon Giai Phong (SGGP) Newspaper has recently published articles reflecting prolonged traffic jams on the expressway because of non-stop electronic toll collection (ETC) implementation under the direction of the Government.

The toll collection work has faced many difficulties because only 70 percent of vehicles are tagged with ETC cards along with system errors.
Some photos of the accident on HCMC- Long Thanh- Dau Giay expressway last night: 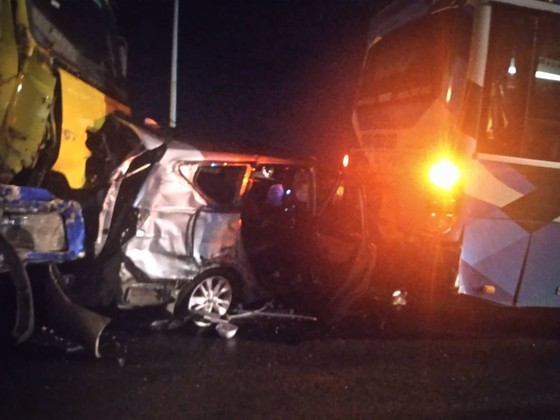 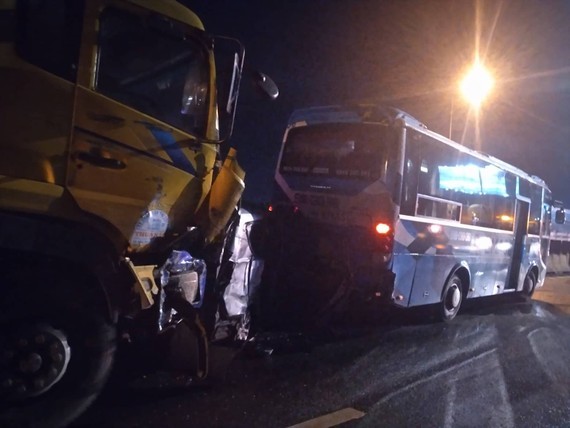 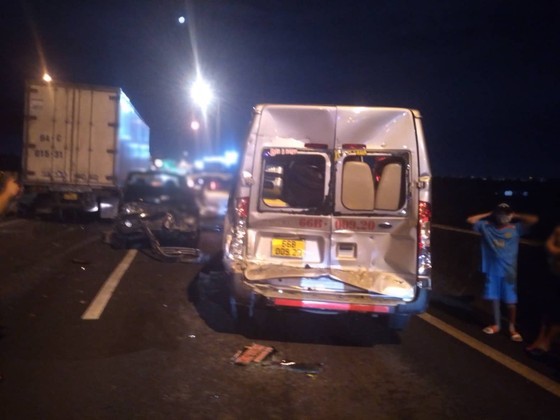