Deputy Director of Rach Mieu Bridge BOT Co., Ltd Mr. Ha Ngoc Nam said that around 22,000- 23,000 vehicles have travelled through the Rach Mieu Bridge a day, of which, the volume of vehicles to Ho Chi Minh City accounts for more than a half. Additionally, the huge number of motorcycles caused the bottleneck. 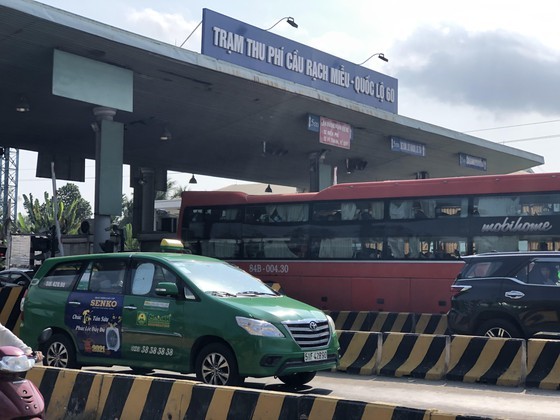 In the fourth day of the first lunar month, a huge number of vehicles congested along routes connecting Ben Tre and Tien Giang, leading to temporarily suspension of electronic toll collection at the station for five times and blocking all vehicles one-way road from Tien Giang Province to alleviate the gridlock. 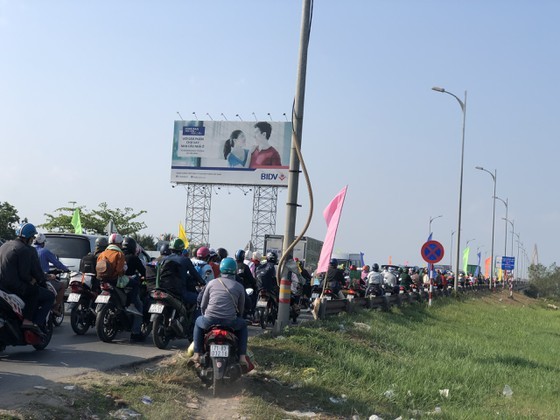 At the bus stations of Ho Chi Minh City, many people from other provinces and cities flocked to Ho Chi Minh City, causing crowded vehicles in the gateways to the city on peak days.
In particular, as from the early morning of February 16, passenger buses from the Northern, Central and Central Highlands regions to Mien Dong (Eastern) Bus Station have been crowded.

Vice Director of Mien Dong (Eastern) Bus Station Mr. Do Phu Dat said that in order to response to the Covid-19 pandemic, especially to monitor passengers returning to HCMC from pandemic-hit localities after Tet holiday, the bus station in coordination with the Center for Disease Control and Prevention in HCMC, medical centers of Binh Thanh District and Thu Duc City to ask returnees to HCMC have to perform health declaration as well as quarantine or medical supervision for each case based on medical declaration.

As for Mien Tay (Western) Bus Station, returners to Ho Chi Minh City have been deserted in recent days. It is expected that the bus station would receive around 30,000 people on Wednesday morning, a decrease of 30 percent to 40 percent over the same period of previous years.

At the same time,  passengers running through the Sai Gon Railway Station have been reduced due to an impact of the current complicated Covid-19 pandemic situation.

Yesterday, there were only six trains carrying 1,200 passengers returning to the city through Sai Gon Railway Station.

Despite of crowded vehicles, traffic congestion did not occur at intersection of Do Xuan Hop to An Phu on Ho Chi Minh City- Long Thanh- Dau Giay Expressway.