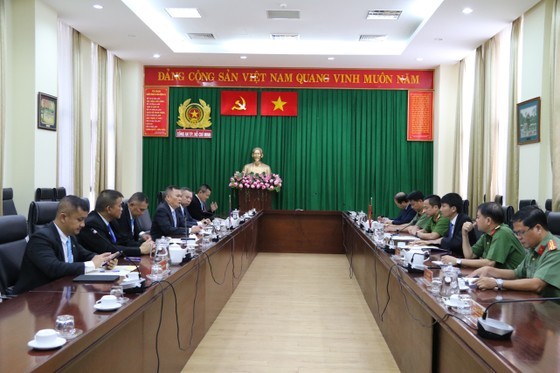 At a working session
Colonel Mai Hoang, Deputy Director of HCMC Police chaired the reception.
At the working session, the two sides discussed the situation of Thai citizens living and working in Ho Chi Minh City and other matters related to security and order in the city, especially the fight against violence against children and young people, policies and strategies on crime prevention. 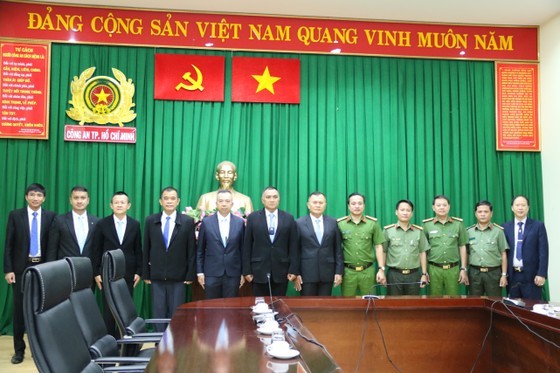 Lieutenant General Surawut Karnpanich hoped that in the upcoming time, the cooperation relations between Royal Thai Police and the HCMC Police will be more and more developed, notably in tasks of fighting transnational crimes, crimes related to physical violence or sexual abuse of women and children.
Currently, around 500 Thai citizens are living and working in Ho Chi Minh City.
In the first nine months of 2022, over 29,000 Thai citizens entered Ho Chi Minh City and more than 28,000 left for the city.